THE ANGEL OF GOD REVEALS TODAY, ON MAY 27, 2012, THAT THE ANGELS OF THE DEVIL CALL THEMSELVES TODAY ‘VISITORS FROM SPACE.’ BENJAMIN WRITES DOWN EVERYTHING, WORD FOR WORD, AS THE ANGEL TELLS HIM… BE WARNED AND TRUST IN JESUS CHRIST ALONE! ALIENS DO REALLY EXIST, THEY ARE SUPERIOR DEMONIC CREATURES. HAVE YOU ALSO ALREADY SEEN A UFO? THE ANGEL OF GOD REVEALS NOW WHAT IS GOING TO UNFOLD IN THE NEAR FUTURE. STARTING TODAY, MAY THE 28TH, 2012, THE NUMBER OF UFO SIGHTINGS WILL INCREASE EVEN MORE, THE ANGEL OF GOD SAID TO BENJAMIN. 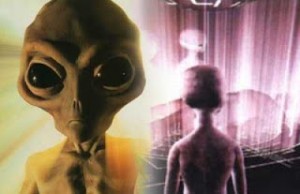 Hello! This vision was given on May the 27th, 2012, to Benjamin by an angel of God, who said to Benjamin when he was in the living room: Go to your closet, I want to speak to you.
Benjamin takes his pen and paper and then goes to the bedroom and writes everything down, what he literally gets to hear.

Benjamin, shalom! Did you know that the angels of the devil himself call themselves ‘visitors from space’ today?
They are truly, Benjamin, superior demonic creatures. What many Christians do not know either is, that these evil angels, fallen angels, are even in a higher development phase than humans. Also technologically. Their height is 7 feet 10 inches.

The battle is not only fought by you!
The angels of God have been sent by God himself to fight for you. Because you have accepted Jesus Christ, there is a daily fight for your salvation.

Michaël and his angels are also called ‘dragon slayers’.
Nevertheless all the glory needs to go to God and His Son, who is more than a Conqueror. From Him comes the power and victory for all eternity. God is so powerful that He even took away Philip, after he had baptized the Ethiopian, and placed him in Ashdod, in order to preach.

It is important to put on the armor of God, the angel of God said, and gave:

Isaiah 54, verse 17  No weapon that is formed against you will prevail; and you will condemn every tongue that rises against you in judgment.

Someone who does not accept Jesus Christ, is lost by these diabolical cunning visitors.
Above the earth, Benjamin, you saw those bat-like angels. They have already taken over many people.

I asked: “Can’t they then be defeated?”
Jesus also came for that, the angel of God replied. No demonic power could keep sheol closed. Jesus has taken away the keys. Jesus went right through death with all your sins, that He bore in your place. He loves you so! Jesus Christ also rose from the dead and many have also seen Him after that. This great Conqueror, nobody can stand against Him! Even now there is a fighting for the salvation of souls. Also you!
If you believe and walk in Jesus Christ, you have nothing to fear. Always defeat the devil with the word of God. He even shrinks back before the name: Yeshua HaMashiach, Jesus Christ!

Put on your weapons!
The battle above you is almost fought out, and I tell you, many roads are now clear for the Coming of the Lion of Judah, King of Kings, the great ‘shatterer’ of the devil: Yeshua HaMashiach, Jesus Christ. Hold on, He’s coming! Who was and who is and who is to come! AMEN.

And you may also feel free to say something about it…
I’m going to do so now. I, the wife of Benjamin, want to say something about UFOs, because in our home, we have always been interested in ufology, and we also have had a religious upbringing. And therefore I know quite a lot about it, because I’ve read books. And very often we actually had the benefit of the doubt, that we knew… there is a spiritual world, so it must be the enemy. Only today, with this message, because I know that Benjamin receives everything directly from the Lord God, it can be officially revealed, that they are the fallen angels. Let it be also a warning to everyone, who hears this message!

It is a very important message, because at the moment that we are being taken away, which is also called the ‘Rapture’, these fallen angels will manifest themselves, because the Holy Spirit, together with the Christians who were in Christ, yes, have withdrawn.
So, the fallen angels will be given free reign on earth, but, they will twist the truth. And present themselves better than they are. So when we are gone in the Rapture, then the hijackers will get power. I also think that they will conspire with the antichrist.

You now have the time to accept Jesus as your Savior and Way Out, so, you won’t have to experience this.
If you do not take this seriously, you will be left behind in the great tribulation. Make sure that you are ready and expect Jesus Christ! It is not for nothing that we are receiving this information today, I say once more, from Jesus Christ himself. He was and is the Same as 2000 years ago. It can happen any moment now.

Hello! The prophetic words that Benjamin received today from the angel of God, seem to be a bit of a continuation of the vision of yesterday…

Shalom, Benjamin! In the previous vision I told you about the fallen angels…

There is evidence that they exist, but slowly the world comes to know the truth, which was hidden.
The fallen angels have extraordinary powers. You there, are you still listening? This is not science fiction!

Jeremiah 4, verse 5  Declare in Judah, and publish in Jerusalem; and say, ‘Blow the trumpet in the land!’ Cry aloud and say, ‘Assemble yourselves! Let us go into the fortified cities!’

Satan knows that his game is played out rapidly, as the Lion of Judah is coming.
That is why it is satan and his fallen angels, who are taking over the power on earth.

Have you also already seen a UFO?
Indeed, do not be surprised, from now on – May the 28th, 2012 – the appearances will increase even more, the angel of God said. Everything which was hidden, I’ll bring to the light for you, also of the NATO and NASA, the angel said.

Jeremiah 4, verse 13  Behold, he shall come up as clouds, and his chariots are as the whirlwind: his horses are swifter than eagles. Woe to us! For we are ruined.

These demonic angels laugh at your technological knowledge.
They had it before you, and even gave you your idol, so that you don’t get yourself busy with Jesus Christ.

Matthew 10, verse 26 to 28  Therefore don’t be afraid of them, for there is nothing covered that will not be revealed; and hidden that will not be known. What I tell you in the darkness, speak in the light; and what you hear whispered in the ear, proclaim on the housetops. Don’t be afraid of those who kill the body, but are not able to kill the soul. Rather, fear Him who is able to destroy both soul and body in hell.

The fallen angels are working already in many minds, because they rejected Jesus Christ.
They are the reason that your money will be gone.
Why? you ask, and the angel gave:

Revelation 14, verse 9 to 11  Another angel, a third, followed them, saying with a great voice, “If anyone worships the beast and his image, and receives a mark on his forehead, or on his hand, he also will drink of the wine of the wrath of God, which is prepared unmixed in the cup of his anger. He will be tormented with fire and sulfur in the presence of the holy angels, and in the presence of the Lamb”.

Benjamin, I showed you that camp recently.
It is also already known, that this camp is ready for the people, who did not want to take the satanic number 666, whereby Christians, who are given another chance, as yet can make the choice. You renounce your Jesus Christ or you will be beheaded! I tell you, the angel of God said, when you do take the code, then you really cannot be saved, and you will perish forever. It is better for you to lose your head, than your soul.

Before they dare to show themselves – the fallen angels of satan and his henchmen! – the great Conqueror will come, Jesus Christ.
And He shall take His children home. At that moment there will be chaos on earth, and the devilish UFOs, masses!, will be able to show themselves, and supposedly offer you help. They will take over the earth. And what happens then, I will spare you.

Jude 1, verse 17 to 21  But you, beloved, remember the words which have been spoken before by the apostles of our Lord Jesus Christ. They said to you that “In the last time there will be mockers, walking after their own ungodly lusts.” These are they who cause divisions, and are sensual, not having the Spirit. But you, beloved, keep building up yourselves on your most holy faith, praying in the Holy Spirit. Keep yourselves in the love of God, looking for the mercy of our Lord Jesus Christ to eternal life.

Your salvation is Jesus Christ!
He stretches out His hand and says: He who does not want to hear My voice, and does not want to accept Me, I cannot save. I have been calling you for so long, come to Me and I will save you. This I say to you,

John 3, verse 17 to 21  For God sent not his Son into the world, that He might condemn the world, but that the world through Him might be saved. Whoever believes in him is not condemned, but whoever does not believe is condemned already, because he has not believed in the name of the only begotten Son of God. This is the condemnation, that light is come into the world, and men loved darkness rather than light, because their deeds were evil.

There is a battle for you, because Jesus Christ loves you.
Still, he who does not take My servant serious, because I brought these words to him, will not be blessed. I have chosen him, and any negativity, sent out to my Prophet, will be punished, because it is not about your blessing coming to him. I have put My armor on him. Everything, every letter and all texts have been passed on by the Almighty. Get yourselves ready and look to Jesus Christ, who now speaks to you through Benjamin.