PROPHETIC WARNING FROM GOD TO MANY COUNTRIES! I, THUNDER, AM GOD’S MESSENGER ANGEL, AND WHAT I DID OFTEN BROUGHT DEVASTATION TO YOUR COUNTRY, OR SAVED IT, BUT NOW THERE IS NO MORE MERCY, AND I WARN YOU SERIOUSLY! 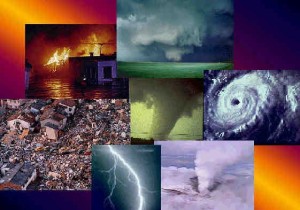 Hello, welcome! On September 17th, 2013, the messenger angel of God brought on this message of the almighty God to end-time Prophet Benjamin Cousijnsen.

In 2012 and 2013 God’s beloved simple end-time Prophet spoke in warning, in the command of the God of Abraham, Isaac and Jacob.
Verily, Benjamin often asks postponement for your country!

Read aloud: Genesis 18, verse 26  Here it is written: And the LORD said, “If I find in Sodom fifty righteous within the city, then I will spare all the place for their sake.”
The messenger angel of God spoke further,

Verily, God will not always give Benjamin delay anymore; you must now really repent, and he who does not want to hear, will perish.
I, Thunder, am God’s messenger angel, and what I did often bring devastation to your country, or saved it! But now there is no more mercy, and I warn you seriously!
Benjamin, take the parchment from this tube and read aloud, what it says.
Benjamin said, “Right! Oh, I can’t read it.”
The messenger angel of God said, This is old Aramaic. Wait… and now?
Benjamin writes, I saw the letters change… and said: “I read Japan, San Francisco, Syria, Mexico, India, Rio de Janeiro, Chile, Haiti, China, Pakistan, Spain, Indonesia, America, Afghanistan, Cuba, Italy, Belgium, New Zealand, Philippines, Germany, the Netherlands, London in England.”

Prophet Benjamin, spoke the messenger angel of God further, the protection of the earth is no longer there.
But yet I tell you,

Read aloud: John 3, verse 17  Here it is written: For God didn’t send his Son into the world to judge the world, but that the world should be saved through him.
The messenger angel of God spoke further,

Why do you hate Yeshua HaMashiach, Jesus Christ?

Read aloud: John 3, verse 16  Here it is written: For God so loved the world, that he gave his only begotten Son, that whoever believes in him should not perish, but have eternal life.
And verse 18 to 20  He who believes in him is not judged. He who doesn’t believe has been judged already, because he has not believed in the name of the only begotten Son of God. This is the judgment, that the light has come into the world, and men loved the darkness rather than the light; for their works were evil. For everyone who does evil hates the light, and doesn’t come to the light, lest his works would be exposed.
John 14, verse 6  Here it is written: Jesus said to him, “I am the way, the truth, and the life. No one comes to the Father, except through me”.
John 8, verse 12  Here it is written: Again, therefore, Jesus spoke to them, saying, “I am the light of the world. He who follows me will not walk in the darkness, but will have the light of life.”
The messenger angel of God spoke further,

Verily, if your country is about to be destroyed, because of disobedience to Yeshua HaMashiach, Isa, Jesus Christ, then what are you going to do about it?
Or if you are hemmed in by fire, imagine that… Suddenly you see yet one way out, and see a staircase and hear a voice saying, “Come! I’ll save you, because I love you. It is I, the only Way, and I want you to live forever. I am Yeshua HaMashiach, Jesus Christ!”
What are you gonna say?
Do you say then: “I don’t believe and I don’t listen”?
Then you will have to face the consequences, unfortunately, and go down and burn and perish forever! Prophet Benjamin Cousijnsen now calls up all countries, in order to repent. And he who does not want to hear, will perish. Now I should know, because your country is on my list. Unexpectedly, I, Thunder, will strike. Also, I am called Destroyer. Verily, please start a relationship with your Savior and repent, and keep your soul from hell!

Read aloud: Sirach 1, verse 20 and 21  Here it is written: To fear the Lord is the root of Wisdom; her branches are long life. Honoring the Lord takes sin away; where the fear of the Lord is found, it turns away anger.

Psalm 14, verse 1 to 2  Here it is written: The fool has said in his heart, “There is no God.” They are corrupt. They have done abominable works. There is none who does good. The LORD looked down from heaven on the children of men, To see if there were any who did understand, Who did seek after God.
Psalm 18, verse 30  Here it is written: As for God, his way is perfect. The word of the LORD is tried. He is a shield to all those who take refuge in him.