A message of God: Be strong, whatever happens! Don’t expect everyone to understand your way of life and understand God’s choices. The Lord speaks about His anointed, the two witnesses, the two olive trees that stand before the Lord of the world! Furthermore, the Lord, Adonai, El Elohím, Tz’va’ot, the Lord your God, also indicates that He himself is the Publisher of His word and laws, and retains all rights to adjust both the Bible and the laws! 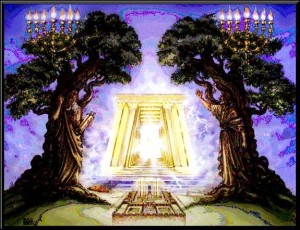 Hello, welcome! On May 13th, 2015, an angel of the Lord brought on word for word this message of God to end-time Prophet of the last days, Benjamin Cousijnsen, commissioned by the almighty God, YHWH, the God of Abraham, Isaac and Jacob.

Verily, beloveds of the Lord,

Matthew 18, verse 20  For where two or three are gathered together in my name, there am I in their midst.

Thus speaks your Rabbouni to you: Fear not!

John 18, verse 6, 7 and 8  When therefore he said to them, “I am he,” they went backward, and fell to the ground. “Yeshua HaMashiach, Jesus Christ of Nazareth, showed for a moment what He is capable of as the Son of God!” Again therefore he asked them, “Who are you looking for?” They said, “Jesus of Nazareth.” Jesus answered, “I told you that I am he”. So far.

Verily, kadosh, kadosh, kadosh, holy, holy, holy is Adonai, El Elohím, Tz’va’ot!
Holy is the Lord your God! Verily, my name is Chamira and I am a messenger angel of God. Verily, beloveds of the Lord, do not expect everyone to understand your way of life and understand God’s choices, especially if they have never had to go your way. Verily, come once closer, beloveds of the Lord. No matter what the whole world could think and say, be strong, whatever happens! Never turn around, and… look ahead. Yes, look ahead! And think of all the beauty that He gave you, what no one will be able to understand.

Romans 11, verse 33  Oh the depth of the riches both of the wisdom and the knowledge of God! How unsearchable are his judgments, and his ways past tracing out!

Verily, who is the Publisher of your Bible and retains all rights?
The Writer! The God of Abraham, Isaac and Jacob has all the rights to adapt the Bible, as well as the laws. A man, however, who takes away from God’s words, won’t see heaven, the holy city, and will be punished with God’s plagues, because everything that has been described, has been sanctified! Verily, can God change His own words or rules, and speak words through His true beloved Prophet of the last days, which go in against your Bible and thinking and structure?
The answer is: Yes, because the fact that God himself is speaking and is the Writer and Editor! God speaks much further than to Revelation 22, and reveals much more through His Prophet Benjamin Cousijnsen, one of the two witnesses, who is already now hated by some.

Verily, because of the hatred, the Scriptures – Revelation 11, verse 9 and 10 – will be fulfilled:
From among the peoples, tribes, languages, and nations people will look at their dead bodies for three and a half days, and will not allow their dead bodies to be laid in a tomb. Those who dwell on the earth will rejoice over them, and they will be glad. They will give gifts to one another, because these two Prophets tormented those who dwell on the earth.

Verily, even many churches, where they did not stand behind God’s true end-time Prophet, will be glad and pleased and give each other gifts.
But o woe to them, for their part is the lake that burns with fire and brimstone, the lake of fire!

Revelation 19, verse 21  The rest were killed with the sword of him who sat on the horse, the sword which came forth out of his mouth. All the birds were filled with their flesh.