April 18, 2016  Prophetic and informative revelation of God: Hear, China and North and South Korea and the whole of Asia! Disasters come through disobedience. Repent! And listen to what the almighty God, YHWH, the God of Abraham, Isaac and Jacob, and Prophet Benjamin Cousijnsen, says to you: Repent, for My punishment will no longer be tolerable! Read or listen to the entire message. 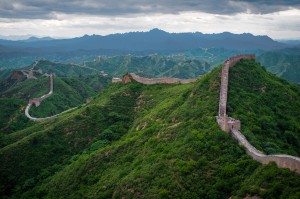 Hello, welcome! This is a revealing and prophetic message of God, written down on April 18th, 2016, by Prophet Benjamin Cousijnsen.

Shalom, kadosh, holy is Adonai! I greet you in His kadosh, holy name, of Yeshua HaMashiach, YHWH, Jesus Christ.

Say: “Emmanuel, maranatha, YHWH!”
Verily, my name is Reforma and I am a messenger angel of God.

Verily, Prophet Benjamin, take this golden shepherd’s staff.
“How heavy that staff is!” said Benjamin. And the moment Prophet Benjamin Cousijnsen grabbed the staff, the following images appeared… He saw a long high wall in China, and saw many angels standing on it. They had a long wind horn in their hands. In addition, the following images of Chinese soldiers appeared in between, who were fighting, and threw their wounded soldiers over this wall. I also saw a large group of women, with their baby, standing on the wall. And they were beaten and forced to throw their little daughters down over this wall. They were old images. The new images were, that the angels began to blow on the Great Wall of China. And I saw the Great Wall of China collapse, and I heard God’s powerful voice say: This wall was built by fallen angels, and is cursed!

I also saw another event…
A gigantic earthquake occurred, and large buildings collapsed. And I saw many people lying under the rubble. It looked like a war zone!

Thus speaks the God of Abraham, Isaac and Jacob, and Prophet Benjamin Cousijnsen:
Hear, China and North and South Korea and the whole of Asia! Repent, for My punishment will no longer be tolerable, but heartbreaking! Also, I will send My heavenly warriors, and will liberate My children out of your hidden FEMA camp, with the sword of God. And they will be taken away alive by two angels, who will embarrass you. You will look for the prisoners, but they will have been ascended and taken away!

Verily, you can protect yourself as well as you like.
But even a country, nor your deaf idols, are not able to stand up to the warriors of God, of Yeshua HaMashiach, Jesus Christ! You build up idols, and I, the Almighty, trample and destroy them over and over again. Where is their power? Yes, under the sole of My foot! Repent! Outside of Me there is no god.