PROPHETIC REVELATION GIVEN BY THE MESSENGER ANGEL OF GOD, MICHAËL, TO GOD’S SIMPLE SERVANT, BENJAMIN COUSIJNSEN. THE GOD OF ABRAHAM, ISAAC AND JACOB REVEALS MANY DETAILS ABOUT THE FALLEN ANGELS NOW! 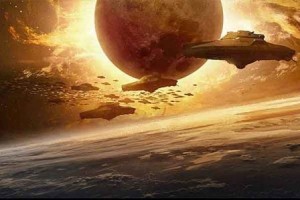 Hello, welcome! Before dawn, in the night, Prophet Benjamin Cousijnsen was called by the angel of the Lord to write this message – on October 12, 2012.

Shalom, Benjamin Cousijnsen! I am the messenger angel Michaël. I greet you in the mighty name of Yeshua HaMashiach, Jesus Christ, the God of Isaac, Jacob and Abraham, the living God of all flesh.

Benjamin, I have already revealed to you that the fallen angels belong to satan.
Also, they are as angels of light and Heaven was denied to them.

Daniel 7, verse 11 to 15  I saw at that time because of the voice of the great words which the horn spoke; I saw even until the animal was slain, and its body destroyed, and it was given to be burned with fire… I’ll tell you more, first this,

Satan’s fallen angels don’t look like aliens, but yet they do exist!
The fallen angels are known in the scriptures of Enoch. Satan has long been able to hide these scriptures because of the extensive truths. And the truth came to light anyway! The God of Isaac, Jacob and Abraham brought everything to light! Now this is our awesome mighty God. He brings to light everything that was hidden!

The fallen angels are on Earth, and have taken over the world.
Do not underestimate their craftiness! Your world is called ‘wonder world’. Everything stands for total control over mankind. The technological fallen angels of satan think of everything, in order to distract you from Yeshua HaMashiach, Jesus Christ, with a lust for the technology and everything that could distract you from Him. One forgets that the fallen angels hate the creation of God and want to destroy this. He who does not want to listen to this message will perish. Put on God’s armor every day!

Thus satan has scouts too.
These devilish aliens also belong to satan, as well as many other beings! They are now trying to exterminate mankind, and they use the Illuminati for it, who also have been taken over. It is in full swing!

Many churches close, through disobedience to God.
And many people hear voices, because they have been taken over. Many people don’t control themselves anymore and do not know what they are doing anymore. Many people are being attacked in their sleep and taken over. Man has rejected the God of Isaac, Jacob and Abraham, and curse Him.

I’ll now continue with Daniel 7, verse 12 to 15, though you are not listening to God. Verse 12: For the rest of the animals, their dominion was taken away: yet their lives were prolonged for a season and a time. I saw in the night-visions, and, behold, there came with the clouds of the sky one like a son of man, and he came even to the ancient of days, and they brought him near before him. There was given him dominion, and glory, and a kingdom, that all the peoples, nations, and languages should serve him: his dominion is an everlasting dominion, which shall not pass away, and his Kingdom that which shall not be destroyed.
Daniel 7, verse 21 and 22  I saw, and the same horn made war with the saints, and prevailed against them; until the ancient of days came, and judgment was given to the saints of the Most High, and the time came that the saints possessed the Kingdom… So far.

He who does not repent and acknowledges Jesus Christ as his Lord and Savior, will perish.

Daniel 11, verse 35  “Many UFOs have already been seen now!” Some of those who are wise shall fall, to refine them, and to purify, and to make them white, even to the time of the end; because it is yet for the time appointed.

Also I say to you and I reveal to you the following:
There are planets where life was, but until today there are also planets, where scouts, the aliens, are located, who have been submitted to satan from the beginning.

Daniel 11, verse 40  And at the time of the end shall the king of the south contend with him; and the king of the north shall come against him like a whirlwind, with chariots, and with horsemen, and with many ships… Attention! These ships are spaceships…; and he shall enter into the countries, and shall overflow and pass through.

John 3, verse 16  “This is your salvation!”: For God so loved the world, that he gave his only begotten Son, that whoever believes in him should not perish, but have eternal life.

If you want to be saved from hell on Earth, you just need to allow Jesus Christ into your heart, and enter into a relationship with Him.
Read your Bible every day, and pray and cover yourself under His protection.

Satan fears these words:
“I am the property of Yeshua HaMashiach, Jesus Christ. I have been bought and paid for by the precious Blood of Jesus Christ! Amen.”
I’m going now, Benjamin, Ruacha, Yeshu, Shalom!