This message is a report, written down by Prophet Benjamin Cousijnsen, God’s true last Prophet from the tribe of Benjamin. Benjamin was taken along today by the messenger angel Casana, with one mission: ‘Bealu’. 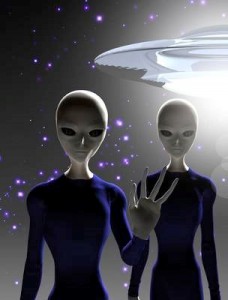 Benjamin, wake up! I greet you in the wonderful name of Yeshua HaMashiach, Jesus Christ.

Verily, blessed is he or she who has heard and searched, and has found that you have come to fulfill.
You are God’s chosen Prophet, one of the two witnesses. You are anointed with heavenly oil by the heavenly Prophets. Those who acknowledge you, will be acknowledged in Heaven, and will be very blessed. But o woe to he who rejects you or one of your faithful workers! They will surely be the smallest ones. Even though one has allowed oneself to be used as living stones for the building of a spiritual house, the Lord will still say:

Luke 13, verses 23 to 28  One said to him, “Lord, are they few who are saved?” He said to them, Strive to enter in by the narrow door, for many, I tell you, will seek to enter in, and will not be able. When once the master of the house has risen up, and has shut the door, and you begin to stand outside, and to knock at the door, saying, ‘Lord, Lord, open to us!’ then he will answer and tell you, ‘I don’t know you or where you come from.’ Then you will begin to say, ‘We ate and drink in your presence, and you taught in our streets.’ He will say, ‘I tell you, I don’t know where you come from. Depart from me, all you workers of iniquity.’ There will be weeping and gnashing of teeth, when you see Abraham, Isaac, Jacob, and all the Prophets, in the Kingdom of God, and yourselves being thrown outside.

Verily, my name is Casana and I am the messenger angel of God.

Casana, the messenger angel of God, said: Look once at yourself!
And I saw that I was wearing a breastplate and had a beautiful sword with me.
The messenger angel Casana said, On January 31, 2014, a day after your birthday, I had already taken you along like this.

Suddenly a group of five female-like angels flew towards me.
They asked, “Aren’t you Prophet Benjamin?”
I said, “Yes”.
They said that I was a Prophet of doom and often disturbed their plans.
I said, “Praise the Lord!”
They immediately looked angry! “Where did you want to go to?”
I said, “Bealu”. And they grabbed me upon hearing that name.
The Lord spoke, Keep silent, Benjamin, allow it. Fear not, I am with you!

They took me along to a dungeon, and locked me up.
There was someone in my prison… I said, “Bealu?”
“That’s my name! I am a messenger angel of God.”
I said, “I’ve come to set you free”.
When I was imprisoned, no one had seen the sword. I pointed at the bars, and the iron melted away. Together we walked away and came outside. I saw that there were lots of spaceships and reptilian creatures, and also saw angelic black figures, and they saw us! I protected Bealu and fenced, and the Lord spoke through me and said: Appoint My Name. And I cried, “Yeshua HaMashiach, Jesus Christ!” Then I suddenly saw many explosions, which were caused by appointing that Name! And we were able to escape. We saw the messenger angel Casana. He spoke: Very well done, Prophet Benjamin!
I said, “All honor to the Lord!”