A message of God brought in love, just for you! You will hear in this revealing message, various interesting things about the history of little people, also called midgets. And you will hear in this message, which was delivered 100% by an angel of God, in the name of Jesus Christ, YHWH, Yeshua HaMashiach, the reason causing the midgets  to originally come on the Earth, having been born for centuries because of this, down to the present day. This history goes far back to a past time, when there were giants on the Earth! 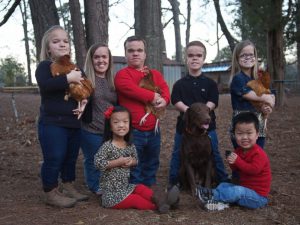 Hello, warmly welcome! On August 29th, 2016, a messenger angel of God brought on the following message to Prophet Benjamin Cousijnsen.

Enoch, chapter 6, verse 1 to 8  And it came to pass when the children of men had multiplied that in those days were born unto them beautiful and comely daughters. And the angels, the children of the heaven, saw and lusted after them, and said to one another: ‘Come, let us choose us wives from among the children of men and beget us children.’ And Semjâzâ, who was their leader, said unto them: ‘I fear ye will not indeed agree to do this deed, and I alone shall have to pay the penalty of a great sin.’ And they all answered him and said: ‘Let us all swear an oath, and all bind ourselves by mutual imprecations not to abandon this plan but to do this thing.’ Then sware they all together and bound themselves by mutual imprecations upon it. And they were in all two hundred; who descended in the days of Jared on the summit of Mount Hermon, and they called it Mount Hermon, because they had sworn and bound themselves by mutual imprecations upon it. And these are the names of their leaders: Samîazâz, their leader, Arâkîba, Râmêêl, Kôkabîêl, Tâmîêl, Râmîêl, Dânêl, Êzêqêêl, Barâqîjâl, Asâêl, Armârôs, Batârêl, Anânêl, Zaqîêl, Samsâpêêl, Satarêl, Tûrêl, Jômjâêl, Sariêl. These are their chiefs of tens.

Verily, the fallen angels had taken an oath, and cast a curse over the children of men.
They did sorceries! And it also came to pass, that there were not only giants, but also misshapen little children of men, who were fathered with an abnormality from the curses, and who also had a growth disturbance. They had Dwarfism!

Enoch, chapter 7, verse 1 to 6  And all the others together with them took unto themselves wives, and each chose for himself one, and they began to go in unto them and to defile themselves with them, and they taught them charms and enchantments, and the cutting of roots, and made them acquainted with plants. And they became pregnant, and they bare great giants, whose height was three thousand ells: Who consumed all the acquisitions of men. And when men could no longer sustain them, the giants turned against them and devoured mankind. And they began to sin against birds, and beasts, and reptiles, and fish, and to devour one another’s flesh, and drink the blood. Then the earth laid accusation against the lawless ones.

These midgets were serving the giants, and they committed sin by entertaining the fallen angels.
A midget who was also called a dwarf, was often given away as a gift. On June 28, 1602, a Genoese banker, Francisco Marin, took a dwarf with him for the brother of the king of Spain. The dwarf lived in the favor of the archduke. More midgets were used as clowns and as sex objects, and widely used in magic. The smallest midget, or dwarf, was an American, named Calvin Philips, born in 1791 and deceased in 1812 from Progeria: rapid aging.

In determining a midget, they were regarded as a curse and killed, in North and South Korea.
And the body parts were also used, or they tested out a chemical weapon on them! Also, they occur in fairy tales; think of Snow White and the Seven Dwarfs.

Verily, they are cursed and remain cursed!
But this generational curse can be broken, when one repents and breaks the connection with the ancestors.

Galatians 5, verse 1  Stand firm therefore in the liberty by which Christ has made us free, and don’t be entangled again with a yoke of bondage.

And Romans 8, verse 15  For you didn’t receive the spirit of bondage again to fear, but you received the Spirit of adoption, by whom we cry, “Abba! Father!”