THROUGH THE MEDIA THEY SHOW YOU WHAT YOU ARE ALLOWED TO SEE. BUT WHAT IS BEING DONE TO THE CHRISTIANS, THEY OFTEN CUT OUT! ALSO LISTEN TO THE WARNINGS REGARDING NEW AGE AND SPIRITUALITY. WORSHIP JESUS CHRIST ALONE! 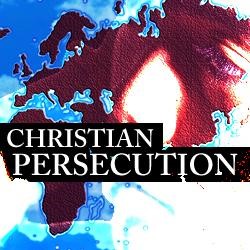 Hello, very welcome! On September 12th, 2013, the messenger angel of God brought on the following message from the almighty God, the God of Abraham, Isaac and Jacob, to end-time Prophet Benjamin Cousijnsen.

Shalom! Peace be to you. I greet you in the almighty name of Yeshua HaMashiach, Isa, Jesus Christ. Verily, verily, I tell you,

Many massacres and mass murders are committed, and worldwide horrific crimes are carried out.
What is more dangerous than chemical weapons? The truth! Verily, I am the messenger angel of God and my name is Rachtias. They show you through the media, what you are allowed to see. But what is being done to the Christians, they often cut out!

Thus it is written in John 15, verses 22 to 25  If I, “Yeshua HaMashiach, Isa, Jesus Christ,” had not come and spoken to them, they would not have had sin; but now they have no excuse for their sin. He who hates me, hates my Father also. If I hadn’t done among them the works which no one else did, they wouldn’t have had sin. But now have they seen and also hated both me and my Father. But this happened so that the word may be fulfilled which was written in their law, ‘They hated me without a cause.’

Read aloud: Matthew 10, verses 19 to 22  If you have a Bible, you can read along with me: But when they deliver you up, don’t be anxious how or what you will say, for it will be given you in that hour what you will say. For it is not you who speak, but the Spirit of your Father who speaks in you. Brother will deliver up brother to death, and the father his child. Children will rise up against parents, and cause them to be put to death. You will be hated by all men for my name’s sake, but he who endures to the end will be saved.

Verily, there is already a Christian persecution worldwide.
Many suffer for His name’s sake and have been fired from their jobs, and persecuted and mocked and slain!

Read aloud: Matthew 24, verses 8 to 10  Here it is written: But all these things are the beginning of birth pains. Then they will deliver you up to oppression, and will kill you. You will be hated by all of the nations for my name’s sake. Then many will stumble, and will deliver up one another, and will hate one another.
And verse 13  But he who endures to the end, the same will be saved.

1 John 3, verses 11 to 15  Here it is written: For this is the message which you heard from the beginning, that we should love one another; unlike Cain, who was of the evil one, and killed his brother. Why did he kill him? Because his works were evil, and his brother’s righteous. Don’t be surprised, my brothers, if the world hates you. We know that we have passed out of death into life, because we love the brothers. He who doesn’t love his brother remains in death. Whoever hates his brother is a murderer, and you know that no murderer has eternal life remaining in him.

John 14, verse 6  Here it is written: Jesus said to him, “I am the way, the truth, and the life. No one comes to the Father, except through me.”
John 3, verse 16  Here it is written: For God so loved the world, that he gave his only begotten Son, that whosoever believes in him should not perish, but have everlasting life.