A MESSAGE OF GOD ABOUT CHANGING THE APPEARANCE BY MEANS OF EVERYTHING, SUCH AS CREAMS, THAT CONTAIN ILLEGAL, DANGEROUS TOXIC SUBSTANCES, TO BLEACH THE SKIN WITH! 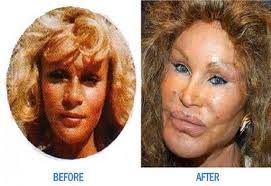 Hello, very welcome! On April 6th, 2014, the following message of God was brought on to Prophet Benjamin Cousijnsen.

Shalom! I greet you in the almighty name of Yeshua HaMashiach, Isa, Jesus Christ.

Verily, Indonesia, India, China and other parts of the world:
Among the people with a dark skin, one grabs for arsenic, in order to bleach the skin. My name is Rafaël; I am the messenger angel of God.

Genesis 1, verse 27  God created man in his own image. In God’s image he created him; male and female he created them.

Verily, with the bleaching of the skin, one is at high risk of disease and death!
Worldwide resources are illegally imported, with creams containing steroids. And even one’s own skin scouring creams are being thought up, with all the consequences that brings! Verily, some even give this set, which they have bought, to their daughter or to their son, or use it themselves.

Blank is attractive, one says, and one will then not be discriminated against.
Verily, God created man in His own image, and blessed them, saying, Be fruitful! And God said it was good, period. God does not make mistakes.
One pays billions per year, to hurt God, to look different. “Color must change!” says satan. “Look at your face once! Yes there, that one wrinkle. Take an injection of botulinum!” And slowly they become more. And everything of the body part needs to be better, until only poison and plastic remains of God’s creation, the human being: that which is against natural.

Satan takes over man bit by bit, and also whispers to you, that one must be a woman, not a man.
And with the woman vice versa. Satan even likes to replace the parts, including your heart and feelings. And one is replaced and taken over.

Read aloud: Leviticus 20, verse 13  Here it is written: If a man lies with a male, as with a woman, both of them have committed an abomination: they shall surely be put to death; their blood shall be upon them.
The messenger angel of God spoke further,

Verily, plastic does not perish, but your soul does!
Thus speaks the God of Abraham, Isaac and Jacob to you.

Leviticus 20, verse 26  Here it is written: You shall be holy to me: for I, the LORD, am holy, and have set you apart from the peoples, that you should be mine.
The messenger angel of God spoke,

Verily, thus speaks the Lord: Break with it!
Don’t replace the natural, or I’ll curse you and reject you and punish you. But you say, “God is love!”
That’s right. My Son is your Salvation, but not that which is against natural, which goes in against My commandments. I am holy! Thus speaks the Lord: I am the only Way.

John 3, verse 16 to 20  Here it is written: For God so loved the world, that he gave his only begotten Son, that whoever believes in him should not perish, but have eternal life. For God didn’t send his Son into the world to judge the world, but that the world should be saved through him. He who believes in him is not judged. He who doesn’t believe has been judged already, because he has not believed in the name of the only begotten Son of God. This is the judgment, that the light has come into the world, and men loved the darkness rather than the light; for their works were evil. For everyone who does evil hates the light, and doesn’t come to the light, lest his works would be exposed.
The messenger angel of God spoke further,