MAY 11, 2012  THE ANGEL OF GOD ASKS ABOUT OUR CAT, AND IN THIS CONTEXT HE MAKES CLEAR, HOW GOD THINKS ABOUT ANIMAL ABUSE. AMONG OTHERS A CALL FOR RAPID CHANGE! 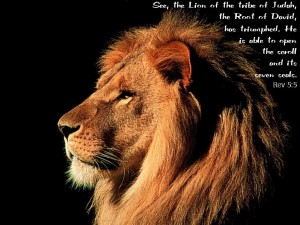 Welcome! On May 11th, 2012, Prophet Benjamin Cousijnsen received the following message by the messenger angel of the Lord. Benjamin writes,

Before the angel called me, I heard a growling sound of a lion, it seemed.
Shalom! said the angel of God, from which did you wake up?
“I woke up from the roar of a lion, but I see an angel of God.”
The angel smiled and immediately asked, How’s your temple cat, the ‘Sacred Cat of Burma’?
“Why do you ask about the cat?” I asked.
Benjamin, God loves everything, that He created! God cares about animals, more than humans care about the animal, and gave:

Genesis 2, verse 18  And the LORD God said, It is not good that the man should be alone; I will make him a helper suitable for him.
The angel of God spoke further,

Come on, let’s go to this little park, follow me and meanwhile tell me about your cat.
“Our cat, you mean, from me and my wife. Besides, it looks like an autistic cat. First he wants to be brushed immediately in the morning, and go right outside, and immediately, if possible, afterwards eat again. I love dogs more than cats”.
Benjamin, therefore you heard a lion, the angel smiled. Look, there’s the bench also, where we were lately. Let’s sit down.

Benjamin, did you know, when Jesus, the Lion of Judah, was still on earth and human, He was tempted by satan for forty days in the wilderness.
Many people do know this, but that He was at a point of collapse, and then was being protected by the wild animals and the angels of God, that’s not known to everyone.

Mark 1, verse 13  He was there in the wilderness forty days tempted by satan. He was with the wild animals; and the angels were ministering to him.

The angel spoke, Animals are more faithful, but especially more moved towards God!
Did you know that?

James 3, verse 7  For every kind of animal, bird, creeping thing, and thing in the sea, is tamed, and has been tamed by mankind.

Satan tries to destroy everything that God loves!
God loves man, and the angel gave:

Genesis 2, verse 19  Out of the ground the LORD God formed every animal of the field, and every bird of the sky, and brought them to the man to see what he would call them. Whatever the man called every living creature, that was its name.

The angel spoke, The animals listen better to God than man.

Revelation 19, verse 4  And the four and twenty elders and the four beasts fell down and worshipped God that sat on the throne, saying, Amen! Hallelujah!

Revelation 6, verse 1  And I saw when the Lamb opened one of the seals, and I heard, as it were the noise of thunder, one of the four beasts saying, Come and see.
The angel of God spoke further,

For man it is also good to know, that, which happens to men is equal to that of the animals.

Ecclesiastes 3, verse 18 to 22  I said in my heart, “As for the sons of men, God tests them, so that they may see that they themselves are like animals. For that which happens to the sons of men happens to animals. Even one thing happens to them. As the one dies, so the other dies. Yes, they have all one breath; and man has no advantage over the animals: for all is vanity. All go to one place. All are from the dust, and all turn to dust again. Who knows the spirit of man, whether it goes upward, and the spirit of the animal, whether it goes downward to the earth?” Therefore I saw that there is nothing better, than that a man should rejoice in his works; for that is his portion: for who can bring him to see what will be after him?
The angel of God spoke further,

The people are becoming worse and worse.
They do not listen to Jesus Christ, because they all know better. Listen, you there, who loves animals: God will take care of you, He saw you busy! He also saw that you paid for the animal, for intercourse. God will do away with you! Neither shall you lie with any animal, to defile yourself with it; it is perversion! Neither shall any woman stand before a beast to lie down with it, said the angel, and gave:

Leviticus 18, verse 23  Neither shall you lie with any beast to defile yourself with it: neither shall any woman stand before a beast to lie down with it: it is perversion.
The angel of God spoke further,

The birds of the sky would transfer the sound, and gave:

Ecclesiastes 10, verse 20  Don’t curse the king, no, not in your thoughts; And don’t curse the rich in your bedchamber: For a bird of the sky may carry your voice, And that which has wings may tell the matter.
The angel of God spoke further,

What time is it, Benjamin?
“My watch doesn’t work, it seems broken. Oh no!”
No, Benjamin, the time stands still, because God knows no time.

Jesus, He is coming very soon! said the angel.
If the people do not turn away from sin, and defile themselves with all that is an abomination to God, then they will perish. I tell you in Jesus Christ’s name: Repent! Ask for forgiveness, whatever you’ve done toward God, and the animals. Come to Jesus Christ, He loves you and does not want you to perish. Satan does!

Don’t you see that the sky gets dark more quickly, and that God has shortened the days?
Don’t you see that the money is going to disappear, and that man must then choose? The number of the beast is coming! It is coming very soon. There will be wars between different countries. Satan strikes, but those who are truly in Christ, and have accepted Jesus Christ, will suddenly be no more. Where are they?
They have not been kidnapped by demons in flying UFOs! I tell you, They have been brought home; they are with Jesus Christ. There, you can still belong to. Choose whom you want to serve! Go to an evangelical church or elsewhere, where they are full of the Holy Spirit, said the angel. Change everything in your life quickly. He knocks already for so long at the door of your heart! Open quickly. Surrender to Him, who wants to save you, while you still can!

Benjamin, come, you have to return to your bed, said the angel of God.
Benjamin, be nice to your cat, because he will tell everything, how nice you were to him. He who loves animals, also loves people, they say.
“I forgot the keys!”
Follow me, genius, said the angel. Together we went through the front door, up the stairs. And by my bed, the angel said: In heaven is indeed an animal kingdom. Your wife must not, but is allowed to read the Scriptures, and that which she wants to translate. They can go look it up in their Bible.
“And if they do not have one?” I asked.
Then they can buy one, right? Or look it up on their computer!
“Yes, that’s true,” I said.
Benjamin, Shalom! I’m going, man of God. I bless you in Jesus Christ’s name. Sleep well! and then the angel of God disappeared.