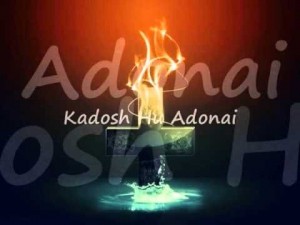 Hello, welcome! On March 8th, 2013, the messenger angel of God brought on the following message to Benjamin Cousijnsen.

Verily, verily, I tell you, Let righteousness and mercy and faith, hope and love and peace, so also the power and might and glory, be with you from the almighty Name, far exalted names; His name is Yeshua HaMashiach, Jesus Christ!

Beloveds, 1 Peter 4, verse 7  But the end of all things is near. Therefore be of sound mind, self-controlled, and sober in prayer.

I am a messenger angel of God, my name is Pétom. Listen attentively!

Galatians 6, verse 15 and 17  For in Christ Jesus neither is circumcision anything, nor uncircumcision, but a new creation “in Yeshua HaMashiach, Jesus Christ.”
From now on, let no one cause me any trouble, for I bear the marks of the Lord Jesus branded on my body, “according to Paul.”

Read the following Scriptures: Luke 24, verse 26 and 27  Here it is written: Didn’t the Christ have to suffer these things and to enter into his glory? Beginning from Moses and from all the Prophets, he explained to them in all the Scriptures the things concerning himself.

Romans 8, verse 17  Here it is written: And if children, then heirs; heirs of God, and joint-heirs with Christ; if indeed we suffer with him, that we may also be glorified with him.

Philippians 1, verse 29 and 30  Here it is written: Because it has been granted to you on behalf of Christ, not only to believe in him, but also to suffer on his behalf, having the same conflict which you saw in me, and now hear is in me.

2 Timothy 1, verse 8 and 12  Here it is written: Therefore don’t be ashamed of the testimony of our Lord, nor of me his prisoner; but endure hardship for the Gospel according to the power of God. For this cause I suffer also these things. Yet I am not ashamed, for I know him whom I have believed, and I am persuaded that he is able to guard that which I have committed to him against that day.

1 Peter 3, verse 17  Here it is written: For it is better, if the will of God should so will, that you suffer for doing well than for doing evil.
1 Peter 4, verse 12 to 17  Here it is written: Beloved, don’t be astonished at the fiery trial which has come upon you, to test you, as though a strange thing happened to you. But because you are partakers of Christ’s sufferings, rejoice; that at the revelation of his glory also you may rejoice with exceeding joy. If you are insulted for the name of Christ, blessed are you; because the Spirit of glory and of God rests on you. On their part he is blasphemed, but on your part he is glorified. For let none of you suffer as a murderer, or a thief, or an evil doer, or as a meddler in other men’s matters. But if one of you suffers for being a Christian, let him not be ashamed; but let him glorify God in this matter. For the time has come for judgment to begin at the house of God. If it begins first with us, what will happen to those who don’t obey the Gospel of God?
1 Peter 5, verse 7 to 11  Here it is written: Casting all your worries on him, because he cares for you. Be sober and self-controlled. Be watchful. Your adversary the devil, walks around like a roaring lion, seeking whom he may devour. Withstand him steadfast in your faith, knowing that your brothers who are in the world are undergoing the same sufferings. But may the God of all grace, who called you to his eternal glory by Christ Jesus, after you have suffered a little while, perfect, establish, strengthen, and settle you. To him be the glory and the power forever and ever. Amen.

2 Timothy 2, verse 3 to 5  Here it is written: You therefore must endure hardship, as a good soldier of Christ Jesus. No soldier on service entangles himself in the affairs of this life, that he may please him who enrolled him as a soldier. Also, if anyone competes in athletics, he isn’t crowned unless he has competed by the rules.
The messenger angel of God spoke further,

Ephesians 6, verse 12  For our wrestling is not against flesh and blood, but against the principalities, against the powers, against the world’s rulers of the darkness of this age, and against the spiritual forces of wickedness in the heavenly places.

Verily, you there, also I, the messenger angel of God, Pétom, want to point you on the following:

Colossians 2, verse 18  Let no one rob you of your prize by a voluntary humility and worshipping of the angels, dwelling in the things which he “or she” has not seen, vainly puffed up by his “or her” fleshly mind.

We are just God’s messenger angels!
Worshipers of angels will never get to see us in heaven, because you worship us! Your place will be hell, take this into consideration.

John 3, verse 16  Read this aloud. For God so loved the world, that he gave his only begotten Son, that whosoever believes in him should not perish, but have everlasting life.
The messenger angel of God spoke further,

Verily, I’m going now. Let mercy and His love and glory and peace be with you all. The messenger angel of God said yet,

Yesterday I was suddenly called away by the Prophet Benjamin Cousijnsen, and had to break off this message, because I had to fight in the heavenlies, along with many other angels.
There it is being battled for many souls, and in order to keep the way open for the King of kings! For His Coming is known to us, and I tell you, Hold on! Yet very briefly, He is coming unexpectedly.

I will now let you hear the song, where you can learn the words…
And the meaning is added. This is to be found at:

(Listen to the music now)