Received on July 18, 2016  This prophetic revelation of God contains a prophecy for 2017, as well as a range of prophecies that will soon take place! 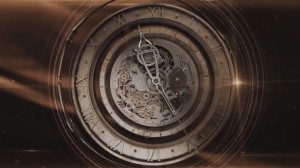 Hello, very welcome! On July 18th, 2016, the messenger angel of God brought on this revealing and prophetic message of God to end-time Prophet of the last days, Benjamin Cousijnsen.

Shalom! I greet you in the almighty name of Yeshua HaMashiach, Jesus Christ, YHWH, your Rabbouni.

Prophet Benjamin Cousijnsen has been appointed since 2012.
And before that, he was 16 years in heaven, and was placed back on the earth with a heavenly mission.

Verily!
The more sponsors and support, with your prayers, the more the Evangelical Endtimemachine, which is also known as Evangelical Foundation Eindtijdnieuws, can mean. Only with enough support from members, can an icon be made, that one can place on your cell phone, and can be found worldwide, through apps, Android App store. Since one works a lot with apps, and televisions, cell phones and tablets are provided with it, the reach of souls will increase massively!

Verily, on January 19, 2013, a message was brought, entitled:
‘With God’s time machine a little bit forward!’ In this message, Michaël, God’s messenger angel, said to Prophet Benjamin Cousijnsen who sat in a time machine, that he had to keep in mind that he could travel between the numbers 13 and 16. Because of this, the idea emerged with some that Yeshua HaMashiach, YHWH, Jesus Christ, will return this year. But that is not spoken about! The lever went no further, and was locked up in order to not go further, because then he would look further into the future, which was not yet the intention! Verily, and of course Michaël, the angel of the Lord, said that the beloveds have to get ready, in order to sanctify themselves.

2017 will be a year of increased attacks and violence!
I’m going now, Ruacha, Yeshu, Shalom!