DESCRIPTION OF THE ANGEL OF GOD AND A MESSAGE TO THE CHURCHES: IF ONE WANTS A REVIVAL, THEN FIRST AWAKEN YOURSELF! SPOKE THE MESSENGER ANGEL OF GOD, AND GAVE JOHN 6:4 / JOHN 16:7 AND 8 / GALATIANS 5  AND  1 CORINTHIANS 12 COMPLETELY. 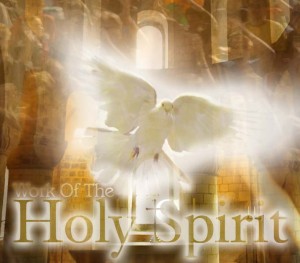 Hello! On July 6th, 2012, the messenger angel brought on the message of God in the name of Jesus Christ, Yeshua HaMashiach. Benjamin writes,

I heard these words in my sleep…

Shalom, Benjamin, wake up! I am the messenger angel of God, and I greet you in the name of Jesus Christ.
I said, “Good morning! I’m still half asleep.”
That’s what God wants to talk about, spoke the angel.

The church is deaf and blind; one doesn’t realize it, they are sleeping.
Come, Benjamin…
I saw that this messenger angel of God was at least 7 feet 10 inches. While I followed him, I saw that the angel was dressed in white, whiter than snow. I saw a lot of light coming from him; my eyes could just bear it.

Benjamin, spoke the angel, just feel free to tell how I look like.
Many don’t believe it anyway, that everything you say and see, comes from God, and especially that God sends you, as a Prophet of God, angels again and again.
I said, “Does it make sense then, that I tell further?”
Yes, spoke the angel of God, keep telling!
The angel of God wore a wide belt of gold, and the belt was decorated with gems and diamonds. At the front of the belt was a golden lion head with a crown. The belt was edited with gold-coloured letters, which seemed Hebrew.
“What is your name?” I asked, as we stood on the street.
Ruach Emanuel, said the angel of God.
I asked, “What letters are written on your belt?”
Benjamin, the language of heaven.
“Thanks!” I said, “can I tell this?”
Yes! Just say, Aramaic. But, we angels of God know all languages.

When I was outside, this beautiful angel, Ruach Emanuel, took me to a church.
After I was allowed to observe him, he told me he was taking me there and we flew to it together. I also saw that the angel was wearing gold-colored sandals on his feet.
Arrived in front of the door, the angel spoke: This is a church, where one is praying for a revival and where one is thanking and praising God. They are singing, just hear, Benjamin…
I heard, “Welcome, Holy Spirit of God, blow over us, make all things new…” I heard this singing and said, “Nice to hear!”
The angel said, Nice to hear? They’re liars!

Also this church, and many other churches, have a sign on the door of their church, said the angel.
“What then does it say?” I asked.
At that sign is written: “DO NOT DISTURB!”. The angel said, Many churches are sleeping and God will blow on. If they do not welcome the Holy Spirit, they can sing as much as they want.

All churches, Benjamin, all! must read once John 6, verse 4, and John 16, verse 7 to 8, and about the fruits that God wants to give. You can read all this yourself in Galatians, chapter 5, and finally 1 Corinthians, chapter 12.

If one wants a revival, then first awaken yourself! spoke the angel of God.
If you think, ‘How should I continue?’ Then God says: Give the Holy Spirit the keys of your church, and the space. I’ll give you insight and wisdom, and will show you the way you should go, speaks the Lord. Give the Holy Spirit all the space! I tell you. Allow speaking in tongues, and in your church! It has been given to you. God says, Don’t let Me blow past. Behold, I knock on your door.
Let the fruits of the Spirit do their work. Do not be a liar, but be a church that is real! Do not yell in your church, God is not deaf! Have respect for God and submit yourself to His authority.

Benjamin, one has overlooked the Holy Spirit.
He who ignores, what I, the messenger angel of God, have spoken, Ruach Emanuel, who speaks in the name of Yeshua HaMashiach, Jesus Christ, who has spoken to you, will never see a revival. Yes, for sure when I’m coming back, in order to collect My children. This will be a whole revival and snatching away!
Therefore, get yourself ready for what the Spirit of God has spoken to you. Make haste, make haste, and do not stay behind! For the time is near, and the contractions are over, giving birth has now almost begun.
Benjamin, spoke the angel, we’re going back now.

We flew through the air, and I also saw that the angel had long hair, dazzling bright white, radiating and penetrating.
There was something written on his heel in gold letters, a kind of tattoo it was.
Later, the Lord made it clear to me, that this was the name of the messenger angel.
When arrived on the street, the angel of God guided me back through the front door, up the stairs…

Arrived in the bedroom, the angel of God spoke: Your wife there is a great blessing and you too.
Benjamin, tell and just pass on everything!
Only someone who lives in sin and doesn’t want to repent, with a beam in their eyes, will reject this prophetic message of God. They have all been warned. Where their heart is full of, there their soul will be too! Also you there, he who does not want to hear – own choice! – will perish. It is accepting or giving away, and you have nothing, nothing at all!
Just get back in your bed, Benjamin, sleep well.

Every word has been brought in your minds, and after writing it, the pressure in your head will be gone.
Lately you said yourself: “My head looks like a USB stick of a computer.” But after writing, your head will be empty again, spoke the angel.
I said, “Not completely, huh? Because then I can no longer think.”
The angel spoke, Benjamin, you sometimes say: “I have only one brain cell”. That’s not true, do not say that anymore, as a joke. Otherwise you’re lying, you understand?
God did make you, and every person is special and valuable to God, also you there.

Mark 10, verse 27  Here it is written: Jesus, looking at them, said, “With men it is impossible, but not with God, for all things are possible with God.”

The angel said, What will 2012 bring yet?
Shalom Benjamin, Ruach HaMasiach, spoke the messenger angel of God, and disappeared.