MARCH 13, 2013  AFTER ALL GOD IS MIGHTIER THAN DEATH AND JESUS CAME FROM THE GRAVE, HE IS ALIVE! 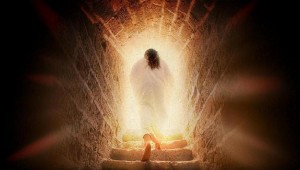 Hello, Shalom and welcome! On March 13th, 2013, the messenger angel of God brought on this message to Benjamin Cousijnsen.

Shalom! I am Rafaël. I greet you in the name of Yeshua HaMashiach, Jesus Christ.

Verily, Yeshua HaMashiach, Jesus Christ, has died and is risen again long ago.
Risen means: remained not dead, but have come from the grave, alive again.

Why had this happened?
I will tell you this as a messenger angel of God, who is coming in His name. Jesus even explained it after His death. Grab your Bible and read together:

Luke 24, verse 45 to 47  Here it is written: Then he opened their minds, that they might understand the Scriptures. He said to them, Thus it is written, and thus it was necessary for the Christ to suffer and to rise from the dead the third day, and that repentance and remission of sins should be preached in his name to all the nations, beginning at Jerusalem.
The messenger angel of God spoke further,

The students of Jesus thought it was over now, that God’s plans were brought to an end with the death of Yeshua HaMashiach, Jesus Christ.
Many think so too, but they were mistaken. Now it only started out well! After all, God is mightier than death, and Jesus came out of the grave. He is alive! His students spoke with Him, less than before His death and different, but nevertheless. And they saw Him.

Verily, He was different than before.
You could tell that He was now belonging more to God than before His death.

John 3, verse 16  For God so loved the world, that he gave his only begotten Son, that whoever believes in him should not perish, but have eternal life.