AUG 6, 2012  A MESSAGE OF GOD FOR CAIRO (EGYPT), THE GOD OF ABRAHAM, ISAAC AND JACOB. THE MESSENGER ANGEL OF GOD BRINGS ABOUT THIS MESSAGE WORD FOR WORD TO BENJAMIN COUSIJNSEN, PROPHET OF GOD FROM THE NETHERLANDS! 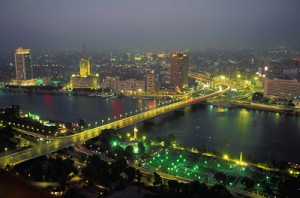 Hello! On the night of the 6th of August, 2012, the messenger angel of God brought this message to Benjamin Cousijnsen.

Shalom! I am a messenger angel of God. My name is Rubenias. I greet you in the love and with the peace of Yeshua HaMashiach!

Cairo, capital of Egypt, I, the Lord, whom you persecute, speak to you through Benjamin, the Prophet of God from the Netherlands.
Listen!

Islamists, the God of Isaac, Jacob and Abraham is a God of love.
And with my love I’m telling you from the true Scriptures, from Exodus 20, verse 13, there it is written, the same prophetic words: You shall not kill, which I, the God of all flesh, speak unto you.

Because a shirt was burned in the launderette, by accident, you avenged this on the Christians.
People have long searched for a reason.

I know that you are Islamist and are angry, but where is your god of love? Listen…
Then Peter came up and said to him, “Lord, how often will my brother sin against me, and I forgive him? As many as seven times?” Jesus said to him, “I do not say to you seven times, but seventy-seven times”.

John 3, verse 16 to 21  Whoever you are, I speak to you the whole truth! “For God did not send His Son into the world to judge the world, but that the world might be saved through Him. “He who believes in Him is not judged; he who does not believe has been judged already, because he has not believed in the name of the only begotten Son of God. “This is the judgment, that the Light has come into the world, and men loved the darkness rather than the Light, for their deeds were evil. “For everyone who does evil hates the Light, and does not come to the Light for fear that his deeds will be exposed. “But he who practices the truth comes to the Light, so that his deeds may be manifested as having been wrought in God.”

I tell you, let him who is without sin, cast the first stone!
Love one another! I am not a God who hates. I, the God of Isaac, Jacob and Abraham want to call you to restore everything, even the houses of your Christian villagers, which you set on fire. Yeshua HaMashiach is not a Prophet, Benjamin is. Yeshua HaMashiach is My Son, whom I love. He is the true Way, the Truth and the Life… The Light in the darkness.

Cairo, come to Me and repent!
Choose My way and be saved, because Yeshua HaMasiach is coming, and he who does not want to hear, will perish.

The angel of God spoke further,

He who listens, will be blessed.
I, the messenger angel Rubenias, am going back, and tell you: Give thanks and honor to Yeshua HaMashiach, you who’re listening. Shalom, Cairo!