SEPTEMBER 6, 2012  PROPHECY: BENJAMIN COUSIJNSEN, CALLED HIS SIMPLE PROPHET, BY THE GOD OF ABRAHAM, ISAAC AND JACOB, SAW THE RAPTURE HAPPENING IN THE NOW VERY NEAR FUTURE! BENJAMIN SEES WHAT HAPPENS NEXT. 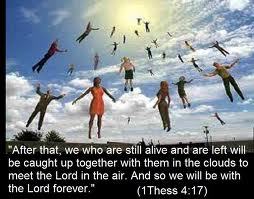 Hello, welcome! On September 6th, 2012, Prophet Benjamin Cousijnsen was visited by a messenger angel of God. With the help of the angel, Benjamin wrote down the following.

In the distance I heard the words: Shalom, Benjamin! Benjamin, wake up!
My eyes opened the moment I was called. The angel of God spoke: My name is Rafaël, Prophet of God. You know me. I am sent to you in the name of Yeshua HaMashiach, Jesus the Christ. Follow me now!
I got up from my bed and followed the messenger angel of God down the stairs, through the door and into the street. We stood still, in the middle of the intersection of the street, near our house. The angel of God spoke: The God of Isaac, Jacob and Abraham allows you a glimpse into the future, at what will come to pass very soon! The messenger angel of God held in his right hand a sort of golden shepherd’s crook, and stuck it upright in the ground, and spoke:

Thus there will be many earthquakes like this one.
At the moment that the rod penetrated right through the asphalt, the road began to crack and to vibrate. The ground was moving violently! Simultaneously, I heard a trumpet sound which persisted, an all-pervading sound, that I could even feel vibrating through my mind… and it filled the airspace, as meanwhile all kinds of things took place. I saw, as in slow motion, all kinds of people in the air. And even babies and people with disabilities, and also animals were going up in the air. I saw dogs and cats and even marmots… large and small animals. All that I was seeing amazed me, and went far beyond my understanding!

The messenger angel of God spoke further: Benjamin, God is saying the same words as in the days of Noah…

Genesis 9, verse 12  And God said, This is the token of the covenant which I make between Me and you and every living creature with you, for all generations.

I asked: “To whom is this further revealed?”
The messenger angel of God said: Only to Benjamin from the tribe of Benjamin. You are truly the Prophet of God of the last days!

Immediately during the Rapture, I saw a kind of lightning, which filled the entire sky.
I also heard wailing and crying everywhere! The messenger angel of God spoke: Benjamin, it will be just like it is written in:

Exodus 12, verse 30  There it is written: And Pharaoh rose up in the night, he and all his servants, and all the Egyptians. And there was a great cry in Egypt, for there was not a house where there was not one dead.

Then I said: “This I understand, but that there will be a dead…”
Benjamin, said the angel of God, think spiritually. A heart will have as much grief as with the loss of their loved one.
“I get it!”, I said.

I saw all sorts of things falling from the sky.
A helicopter that uncontrollably circled downwards… Also a plane fell from the sky. I saw fireballs coming down, which struck everywhere, in the roofs and streets. Fires arose everywhere, it looked like a war! Derailed trams and cars with people, but without drivers, crashed into each other. It was complete chaos!

I saw several large and small UFOs in the air.
They virtually stood still and I said: “Look Rafaël!”
These are the ‘visitors from space’; this is what the fallen angels call themselves. The angel of God spoke further and said: They have long since made contact with the fallen angels on earth and in space.

I was shocked by rocky stones, that fell from the sky!
Some were on fire and others were not. They were slightly larger than a football, and struck everywhere and caused fire. I also saw all kinds of strange satellites falling from the sky. The messenger angel spoke further and said: Benjamin, fear not, this must yet come to pass!

I also felt a kind of magnetic pressure, as if everything was magnetic…
as if I was pushed to all sides by some sort of air-pressure. Even cars were moved sideways by this pressure. I understood that all this will happen immediately, just after the Rapture, when Christians have been gathered by God, the God of Isaac, Jacob and Abraham.

I saw a blood red moon, which looked badly damaged with holes, where bright light came through it.
The sun was shining very bright, and the heat was unbearable. Also, I heard and saw someone who cursed, but I could not understand it. I think, the angel of God had made what he said unintelligible. Then he shouted, irritated and loudly: “Rosh Hashanah!”

The angel of God said: The people will really have hell on earth!
For the worst is still to come to those left behind. Benjamin, you have spoken so much on behalf of God. But some people think that you give a study, and they don’t even see, that everything is prophetically foretold, and even in the Scriptures. But God points out: everything is directly spoken to you and everything shall come to pass!
I am who I am! Thus speaks the God of Israel.
I’ll bring you back now, Benjamin, and the messenger angel of God said: Repent, you who’re listening to this message, and surrender yourself to Jesus Christ, Yeshua HaMashiach. And you’ll be there where your heart, mind, soul and body are full of. He who does not want to hear, will perish.
Ruacha, Yeshu, Shalom, Emanuel! spoke the messenger angel of God, and disappeared.