A MESSAGE OF GOD: FROM THE BEGINNING OF CREATION ON EARTH, MAN WAS CREATED BY GOD HIMSELF, AND HE CREATED MAN IN HIS OWN IMAGE, SO IN THE IMAGE OF GOD HIMSELF! 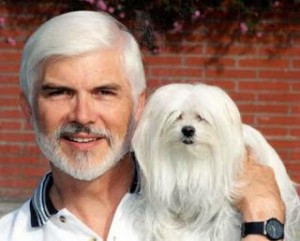 Genesis 1, verse 27  So God created man in his own image. In God’s image he created him; male and female he created them.

Verily, look once in the mirror…
If you are made in the image of God, it does not mean that you ever looked like a Homo habilis, or like a Proboscis monkey, or like a pet: your dog or cat.

Genesis 2, verse 7  And the LORD God formed man from the dust of the ground, and breathed into his nostrils the breath of life; and man became a living soul.

Verily, here it is being talked about man.
Do you really think that God created a man who was not created in His image, because he was a Homo habilis, or a Proboscis monkey? God also did not say, ‘I created man in an image of an animal’! Although there are people who look in appearance almost exactly like their own pet. If the dog has curls, then they have that too. And if the dog has long hair, or whatever, then they have that too! They almost scarily attune themselves.

Verily, God is so awesome and so amazing and so great!
Praise Him for the creation. In the word of God is life, and God saw that it was good, what He created.

Psalm 14, verse 2  The LORD looked down from heaven on the children of men, To see if there were any who did understand, Who did seek after God.

Verily, if God’s Spirit dwells in you, then you begin to see Him, as He really is.
And in that way, you’ll therefore learn to know Him really well.

Verily, God created everything with an unconditional love!
Start to look more like Yeshua HaMashiach, Isa, Jesus Christ, His Son, and become a reflection, an example of Him. And enter into a relationship with Him.
I’m going now, spoke the messenger angel of God, Ruacha, Yeshu, Shalom!