NOV 20, 2012  YESHUA HAMASIACH, JESUS CHRIST, LOOKS AT YOUR HEART. HE ALSO CONQUERED DEATH AND HE’S ALIVE! INVITE HIM INTO YOUR HEART AND ASK HIM TO FORGIVE YOU, EVERYTHING THAT YOU HAVE DONE, AND BE SAVED! 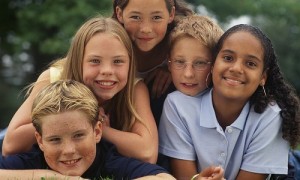 Hello! On November 20th, 2012, the next messenger angel of God brought on this message to Benjamin Cousijnsen.

The God of Isaac, Jacob and Abraham gives you faith, hope and love, but He went much further yet…
He gave His beloved only begotten Son in order to save you. Praise be to Him in eternity!
He has been crucified out of weakness, but He lives from the power of God.
Also through His grace you have been saved.

Colossians 2, verse 15  And having stripped the principalities and the powers, he made a show of them openly, triumphing over them in it.

God has not called you to uncleanness, but in holiness.
The sin is from the devil, who sins from the beginning.
Everyone who accepts Yeshua HaMashiach, Jesus Christ, doesn’t commit sin, for the seed of God remains in him, and he, and she, cannot sin, because they have been born of God. And whatever you’ve done in your life, He has forgiven you! Don’t think there is no forgiveness.
Yeshua HaMashiach, Jesus Christ, looks at your heart. He also conquered death and He is alive!
Come, invite Him into your life, and ask Him to forgive you, all that you’ve done. Open your heart and invite Him into your heart.
For he who among you is the very least, is great in the eyes of the Lord.

John 3, verse 17  For God didn’t send his Son into the world to judge the world, but that the world should be saved through him.

Maintain your new walk and stand in His power, because He who is in you is greater than he, that is on the earth!
You are more than a conqueror. I tell you, Be among brothers and sisters, and go to a full evangelical church, which is full of the Spirit of God.

Acts 1, verse 8  But you will receive power when the Holy Spirit has come upon you. You will be witnesses to me… so far.

Verily, verily, I tell you, He that believes in Him, will be saved.
He who doesn’t believe will be condemned. Choose this day whom you want to serve!
I’m going now, Prophet Benjamin Cousijnsen, and finally say this: He who does not want to hear, will perish.
Ruacha, Yeshu, Shalom!