A message with a resemblance in imagery about Miriam’s baptism and walks of life. They, her parents, just kept nagging, and then Miriam just agreed and was also baptized. (After clicking the video, wait for a moment until it plays.) 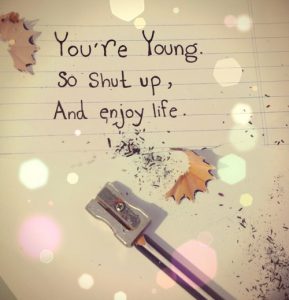 Hello, very welcome! This is a message from God, delivered by the angel of the Lord to Prophet Benjamin Cousijnsen, on March 13th, 2018.

Shalom! I greet you in the almighty Name of Yeshua HaMashiach, YHWH, Jesus Christ. Verily, my name is Rafaël, a messenger angel of God.

I tell you a story with a resemblance in imagery…
Miriam was 14 years old and went to church every Sunday. She had herself baptized because she had to hear so often: “Haven’t you been baptized yet?” That’s why she just listened to it, to all that imposing. ‘Then she belonged to the club’, she thought. She actually went to church because of her parents. She thought that the Christians were weird beings in the church; their behavior was so different! Miriam knew that Yeshua HaMashiach, Jesus Christ, had died for sin. But that He was risen from the dead, that went far beyond her understanding! According to Miriam, they had simply moved the body!

Verily, Miriam started enjoying what the world had to offer, step by step.
She went to the disco, and had a lot of friends. And listening to her parents… she didn’t. Verily, she said: “Enjoy life, because you only live briefly!”

When Miriam went to school, her parents suddenly got a phone call that she had had a traffic accident and was instantly dead.
Miriam ended up in a place where an angel asked her: “Do you know Jesus?”
“Yes!” she said.
“Are you born again?” the angel asked again.
“Yes”, she said, “may I now go to Heaven?”
The angel looked up and said, “No, because you did nothing with your faith and didn’t have time for the Lord, and had no relationship with Him. And you were disobedient and too lazy to do something to the glory of His Holy Name”.
“I will repent!”
“It is too late now. The Lord has spoken to you very often. Now it is too late.”