October 28, 2014 Warning message of God about the tactics of antichrist Obama, in order to clear people out of the way! 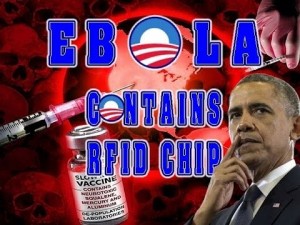 Hello! The following warning message of God, the God of Abraham, Isaac and Jacob, was brought on, by His order, by an angel of the Lord to end-time Prophet Benjamin Cousijnsen.

Shalom! I greet you in the wonderful name of Yeshua HaMashiach, Jesus Christ. Verily, my name is Leobea and I am a messenger angel of God.

Prophet Benjamin Cousijnsen has warned the world.
In many countries, the medical costs are a great burden on the shoulders of the people. The Illuminati is happy with the systematic forcing, and especially the elderly and people with a disability or low IQ, and to be willing to provide them with an RFID-chip. Verily, in the DHS files it says that one can tackle the Ebola virus worldwide, by requiring a chip, in order to determine the person with Ebola in time, via satellite, by means of total control! Verily, on October 8, 2013, it was revealed by God’s true end-time Prophet, that one is able to give a shock via satellite, that makes connection with the chip under the skin, in order to be able to remotely eliminate humans with a disability, or disease, on time.

Verily, many do not believe that the Ebola virus can be transferred through the air!
And meanwhile, the infection has already risen to more than 15,000 worldwide. Verily, they want the perfect human being for so long! The Illuminati and the rich have had themselves already vaccinated against the Ebola virus, as well as many of the White House, in secret! Verily,

Revelation 13, verse 6  He opened his mouth for blasphemy against God, to blaspheme his name, and his dwelling, those who dwell in heaven.

Verily, many FEMA camps are standing by to put especially the chip refusers into the camps.
Verily, had not Obama opened his mouth?

Read aloud: Revelation 13, verse 7 and 8  It was given to him to make war with the saints, and to overcome them. Authority over every tribe, people, language, and nation was given to him. All who dwell on the earth will worship him, everyone whose name has not been written from the foundation of the world in the book of life of the Lamb who has been killed.

2 Timothy 3, verse 1  But know this, that in the last days, grievous times will come.
2 Timothy 3, verse 12  Yes, and all who desire to live godly in Christ Jesus will suffer persecution.
2 Timothy 4, verse 5 to 8  But you be sober in all things, suffer hardship, do the work of an evangelist, and fulfill your ministry. For I am already being offered, and the time of my departure has come. I have fought the good fight. I have finished the course. I have kept the faith. From now on, there is stored up for me the crown of righteousness, which the Lord, the righteous judge, will give to me on that day; and not to me only, but also to all those who have loved his appearing.

Romans 8, verse 37 to 39  No, in all these things, we are more than conquerors through him who loved us. For I am persuaded, that neither death, nor life, nor angels, nor principalities, nor things present, nor things to come, nor powers, nor height, nor depth, nor any other created thing, will be able to separate us from the love of God, which is in Christ Jesus our Lord.

Verily, there is power, miraculous power in the Blood of Yeshua HaMashiach, Jesus Christ!
Fear no snake or Ebola, but fear God and repent. Make your paths straight!
I’m going now, Ruacha, Yeshu, Shalom! spoke the messenger angel of God, and disappeared.