Revealing and warning message of God: Government leaders hear, see and are silent. Piles of messages related to what happens under the Muslim migrants are being covered up! You can read and hear, why only media reports imposed by the government are allowed to be released! 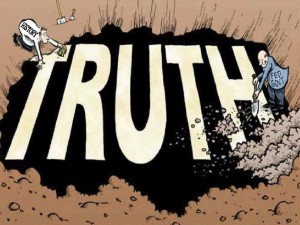 Hello, welcome! This revealing message of God was delivered on November 10th, 2015, by a messenger angel of God to Prophet Benjamin Cousijnsen.

Shalom! I greet you in the wonderful name of Yeshua HaMashiach, Jesus Christ. Verily, my name is Sadday and I am a messenger angel of God.

Verily, the government leaders hear, see and are silent!
They fear the mass fights and events, and above all the extreme Muslims. News about stabbings with knifes and arson and rapes, and news from bag-snatching to shoplifting may not be released to the media. Piles of messages are being covered up right away, in order not to flare up the hatred against Muslim migrants! Also many innocent migrants are being blamed for the fights.

The newspapers, radio and television may only bring the messages which the government has imposed.
Verily,

Psalm 14, verse 2 and 3  The LORD looked down from heaven on the children of men, to see if there were any who did understand, who did seek after God. They have all gone aside. They have together become corrupt. There is none who does good, no, not one.

John 14, verse 6  Jesus said to him, I am the way, the truth, and the life. No one comes to the Father, except through me.
And John 3, verse 16 to 21  For God so loved the world, that he gave his one and only Son, that whoever believes in him should not perish, but have eternal life. For God didn’t send his Son into the world to judge the world, but that the world should be saved through him. He who believes in him is not judged. He who doesn’t believe has been judged already, because he has not believed in the name of the one and only Son of God. This is the judgment, that the light has come into the world, and men loved the darkness rather than the light; for their works were evil. For everyone who does evil hates the light, and doesn’t come to the light, lest his works would be exposed. But he who does the truth comes to the light, that his works may be revealed, that they have been done in God.