AUGUST 9, 2012  SCIENCE HAS INCREASED SO MUCH, THAT MEN DO NOT WANT TO BE A SUPER MAN, BUT LIKE GOD HIMSELF! ONE COPIES GENETIC MATERIAL. TAKE TO HEART WHAT THE LORD GOD SAYS ABOUT THIS! 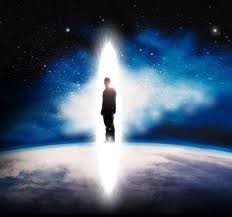 Hello, welcome! On August 9th, 2012, Prophet Benjamin Cousijnsen received a special message of God, which I’d like to share with you.

Shalom, Benjamin! My name is Rafaël, you know me. I am the messenger angel of God and can never come to you, nor the other angels, if we are not sent by the almighty God of Jacob, Isaac and Abraham. Otherwise we could never speak of Him, who stands above us and all of you: Jesus Christ, the Son of the living God, Yeshua HaMashiach. My name is Rafaël, the angel of God.

Never give the angels honor or worship, nor the sun or the moon or the stars on earth or in the sky.

Genesis 1, verses 2 and 3  The earth was without form and void, and darkness was upon the flood,… Attention!… and the Spirit of God hovered over the waters. And God said, Let there be light: and there was light.

God was the One who made everything!

Genesis 2, verse 7  Then the LORD God formed man of the dust of the ground and blew the breath of life in the nose and man became a living being.

If God would say: ‘There are people, man and woman’, it would be there!
Everything comes from what God speaks! In Him there is a might, and His words have power! He chose to make man, in a way that no one can. Not science, but the God of all that lives, made everything as nobody ever could do. And God said, that it was good, and it was very good.

They use cells, DNA, genes and substances of the distant past, including from sportsmen…
They copy the genetic material of people with a special gift. One can choose certain properties, and transfer them to another. Also material substances from human beings are used to make a super race, commissioned by the Illuminati, among others.

They had made a copy…
And this man is now a stalker and makes life miserable for others. This man also has a long criminal record. This is supposed to be a super human!

Genesis 3, verses 4 and 5  The serpent said to the woman, “You surely will not die! For God knows that in the day you eat from it your eyes will be opened, and you will be like God, knowing good and evil”.
Genesis 3, verse 8  And they heard the sound of the LORD God walking in the garden in the cool of the day, and the man and his wife hid themselves from the presence of the LORD God among the trees of the garden.
Genesis 3, verse 24  So He drove the man out; and at the east of the garden of Eden He stationed the cherubim and the flaming sword which turned every direction to guard the way to the tree of life.

Think hard about it… wisdom is needed here!
You just copy it! All scientists cheer when it is successful.

Not for long, then all of you on earth, on your day, shall be standing before God…
He will say to you, What have you done? Am I not the God of all flesh? Get away from Me! Anyone who wants to be like God, will perish. Therefore, give God all honor, praise Him and glorify Him. He is more than a conqueror! Repent and come to Jesus Christ, because no one comes to the Father, except through Him.
Shalom! spoke the messenger angel of God, and disappeared.