REVELATION: BENJAMIN WAS RAPTURED IN THE FLESH. THE ANGEL OF GOD, RAFAËL, DESCRIBES WORD FOR WORD THIS EVENT THAT PROPHET BENJAMIN COUSIJNSEN EXPERIENCED! 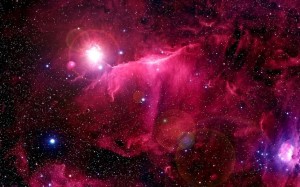 Hello, welcome! On June 30th, 2014, a messenger angel of God brought on the following report to end-time Prophet Benjamin Cousijnsen.

Shalom, Prophet Benjamin Cousijnsen! I greet you in the wonderful name of Yeshua HaMashiach, Isa, Jesus Christ. Verily, my name is Rafaël and I am a messenger angel of God.

Genesis 5, verse 24  And Enoch walked with God, and he was not, for God took him.

When Prophet Benjamin saw that everything beneath him became smaller, he became very afraid because of the altitude.
But a voice said, Fear not!
Arriving above there was a doorway, and Benjamin saw a messenger angel of God. She said: Welcome, Prophet Benjamin Cousijnsen! My name is Rafaëla, you are already expected!
‘Okay’, Benjamin thought, ‘then why do they expect me? No idea!’
Benjamin walked through a sort of corridor and looked through one of the windows, and lightly felt the vibration of the spaceship as it moved, and saw beautiful stars and colors in the universe.

Genesis 6, verses 11 and 12  The earth was corrupt before God, and the earth was filled with violence. God saw the earth, and saw that it was corrupt, for all flesh had corrupted their way on the earth.

Verily, there were lights around those windows.
And Prophet Benjamin followed Rafaëla to a large round space and was amazed!

Benjamin saw that the space was almost round, and he could look straight into the universe, because the window was made of one piece and round.
And under there Benjamin saw angels looking at a monitor, a screen. Benjamin was curious and saw from a distance on the different monitor screens the Wailing Wall of Israel. The other one was the Golden Gate of Israel, and another one was the Olive Garden.
Rafaëla said, “Please sit down there…” It looked like a white pouf, a sort of bean bag. But when Benjamin was seated, the pouf took the form of the body. It felt heavenly! And the heavenly music started to play… a pleasant feeling and a warmth came from that chair. Benjamin got out of that chair, for yet briefly and he would fall asleep, he thought. There Rafaëla arrived, saying: “You can now come along to the Holy of Holies of the Prophets”. Benjamin thought, ‘Now what might that be
Arriving in this space, Benjamin saw flashes and all kinds of lights going through this space. And he heard a metallic sound when he entered this room; it seemed to be a sort of alarm system to Benjamin. Then Benjamin came behind a veil of light, and a powerful Prophet was at the entrance. He introduced himself, “Shalom, beloved of the Lord, Ruacha, Yeshu, Shalom! My name is John”.
“My name is Benjamin Cousijnsen”, said Benjamin. “Which John are you?”
“He who ate locusts and honey, and wore a skin of camel hair. But, I don’t have camel humps from it though”! John joked. It was John the Baptist!

Benjamin saw a very long table…
Certainly more than 50 Prophets were sitting at the table! Benjamin was shy, and a Prophet was sitting on every chair. Prophet Isaiah sat next to Benjamin, and next to them were Elijah and Elisha, and Enoch sat opposite Benjamin, and Moses next to him, and many others. Benjamin felt very small near these great people. Yeshua HaMashiach, Jesus Christ, was sitting at the end. He stood up and said, Introduce yourself. The Lord looked at Benjamin.
Benjamin stood up and said, “I am Benjamin Cousijnsen”, and sat down again. And the names were mentioned after each other.
Many angels sang live in the background and danced gracefully and sang for Yeshua HaMashiach, Isa, Jesus Christ, and all the Prophets. Hanna, one of the Prophets, also began to dance, full of joy!

Yeshua HaMashiach took all the Prophets to a large spacious hall, where they discussed the upcoming events.
And one had to keep this private.

Mark 13, verses 26 to 29  Then they will see the Son of Man coming in clouds with great power and glory. Then he will send out his angels, and will gather together his chosen ones from the four winds, from the ends of the earth to the ends of the sky. Now from the fig tree, learn this parable. When the branch has now become tender, and puts forth its leaves, you know that the summer is near; even so you also, when you see these things coming to pass, know that it is near, at the doors.

After that, Benjamin stepped into a round space, along with the many male and female Prophets.
The ground vibrated and lights flashed! Suddenly, all those Prophets were in a garden. Yeshua HaMashiach, Jesus Christ, walked in front and brought all the Prophets to a table. Benjamin and all those Prophets looked small in comparison to all of the large fruits present on the table! Benjamin tasted the different delicious heavenly fruits, and he enjoyed it!

Benjamin Cousijnsen was gone from half past 9 in the morning,
and wasn’t brought back home until 9 o’clock in the evening again, with the Elohím ship from Israel.
Verily, Yeshua HaMashiach also said: “I will put many of the workers of the last days to the test. I, the Lord, will test some!”
I’m going now, spoke the messenger angel of God, Ruacha, Yeshu, Shalom!

Note: Full text display for the deaf, hearing impaired and speakers of other languages
Use Google Translate and Bookmark it. Please share and do not change © B
Translators in different languages are welcome