April 14, 2012  What kind of world are we living in? In this prophetic dream the Lord indicates, that the calamities, which He now allows in the world, are the consequence of disobedience and walking astray. Jesus calls: Repent to Me! 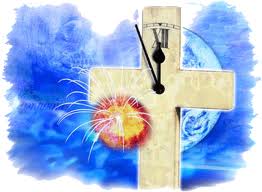 I heard: Benjamin, wake up! And I woke up and saw an angel of God.

The time is near, very near!
Like a pregnant woman has contractions, all these events, which are now in the world, are the contractions. Unexpectedly, the time will come: He, the King from above, far exalted King of kings, Yeshua HaMashiach, Jesus Christ, is coming!
Follow me, said the angel, who was definitely 8’2”. He seemed like more than 3 feet wide. I followed him, and we went to a place through a cloud, where the air was heavenly and beautiful. And I saw the angel already sitting on a cloud… Come! And I was also allowed to sit on it.

Benjamin, man just goes on, and sinks deeper and deeper away from God.
They are doing what satan says. But when Jesus speaks, they are blind and deaf. Many fathers and mothers have brought up their children, covered them under the Blood of Jesus Christ, until they have to go to school and are being formed.

With the authority and the power, which the world has, many – also children of God – have been lost.
They are deviated from Jesus Christ, who gives every man the choice to choose: for or against Him. God’s love does not force, but it does hurt when they reject Me, says Jesus.

Benjamin, everything, like God intended, has been turned upside down.
But above all, Jesus is more than a conqueror. He calls man: Come to Me, repent! Don’t you see, that the disasters, events, idolatry of man and images, lustfulness and sex, sorcery and many other practices, do not happen just like that?
“God is love”, says satan. “God does not punish”, he says. Even some famous men of God say: “God does not punish”, because they themselves are still in sin. God does not allow games to be played with Him! Don’t you see, that your country has been affected by a disaster, because you are not listening to God?
Many countries will be punished. Maybe they will see with their eyes, and turn away from their sin. Repent, realize in what kind of world you are living! Jesus cares for man and says all this: Come to Me, listen to My voice, I weep for you, I care for you, I gave My life for you. I have rescued you so often! He who does not want to hear, will perish.

I reveal everything that is in the dark, hidden from you by satan, in order for you to be able to make the choice.
You get the best in return, if you now surrender to Me. Everything outside of Me will perceive that the contractions are in full swing. I will come sooner than you think.
Benjamin, I place you from here back into your bed. Have a good rest.