THE MESSENGER ANGEL OF GOD BRINGS THIS MESSAGE TO PROPHET BENJAMIN COUSIJNSEN, WORD FOR WORD: GOD’S LOVE FOR YOU IS REAL. THE LORD WILL TOTALLY CHANGE YOUR LIFE, IF YOU LISTEN TO HIS WORDS! 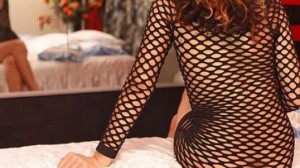 Hello, very welcome! On March 3rd, 2014, a messenger angel of the almighty God, the God of Abraham, Isaac and Jacob, brought on the following message of God to Benjamin Cousijnsen, end-time Prophet of the last days.

Shalom! I greet you in the almighty name of Yeshua HaMashiach, Isa, Jesus Christ. Verily, thus speaks the Lord to you!

Feel these words to the depth of your soul!

Proverbs 1, verse 23 to 25  Turn at my reproof. Behold, I will pour out my spirit on you. I will make known my words to you. Because I have called, and you have refused; I have stretched out my hand, and no one has paid attention; But you have ignored all my counsel, And wanted none of my reproof.

Read aloud: Ezekiel 16, verse 25  You have built your lofty place at the head of every way, and have made your beauty an abomination, and have opened your feet to everyone who passed by, and multiplied your prostitution.
And verse 30  How weak is your heart, says the Lord GOD, seeing you do all these things, the work of an impudent prostitute.
And verse 33  They give gifts to all prostitutes; but you give your gifts to all your lovers, and bribe them, that they may come to you on every side for your prostitution.

Verily, repent, and don’t plunge any further into the abyss!

Read aloud: Galatians 5, verse 7 and 8  Here it is written: You were running well! Who interfered with you that you should not obey the truth? This persuasion is not from him who calls you.
And verse 19 to 21  Now the works of the flesh are obvious, which are: adultery, fornication, uncleanness, lustfulness, idolatry, sorcery, hatred, strife, jealousies, outbursts of anger, rivalries, divisions, heresies, envyings, murders, drunkenness, orgies, and things like these; of which I forewarn you, even as I also forewarned you, that those who practice such things will not inherit the Kingdom of God. such things will not inherit God’s kingdom.

1 Corinthians 6, verse 9 to 11  Don’t be deceived. Neither fornicators, nor idolaters, nor adulterers, nor male prostitutes, nor homosexuals, nor thieves, nor covetous, nor drunkards, nor slanderers, nor extortioners, will inherit the Kingdom of God. Such were some of you, but you were washed. But you were sanctified. But you were justified in the name of the Lord Jesus, and in the Spirit of our God.
The messenger angel of God spoke further,

Verily, fornication goes in against God’s laws.
And they will not inherit the Kingdom of God, unless one repents.
Verily, I am the messenger angel Revitria. Hear attentively!

1 Corinthians 7, verse 1 and 2  Now concerning the things about which you wrote to me: it is good for a man not to touch a woman.Nevertheless, to avoid fornication, let each man have his own wife, and let each woman have her own husband.

2 Corinthians 4, verse 7 Here it is written: But we have this treasure in clay vessels, that the exceeding greatness of the power may be of God, and not from ourselves.
The messenger angel of God spoke further,

Verily, fornication is being one body with someone, who is not the own husband or wife.
Verily, whatever your past was, and whatever crime you have committed, – though the world and even the church and your family rejected you – I’ll tell you about Mary Magdalene.

John 8, verse 4 to 11  They told him, “Teacher, we found this woman in adultery, in the very act. Now in our law, Moses commanded us to stone such. What then do you say about her?” They said this testing him, that they might have something to accuse him of.
But Jesus stooped down, and wrote on the ground with his finger. But when they continued asking him, he looked up and said to them, “He who is without sin among you, let him throw the first stone at her.” Again he stooped down, and with his finger wrote on the ground. They, when they heard it, being convicted by their conscience, went out one by one, beginning from the oldest, even to the last. Jesus was left alone with the woman where she was, in the middle. Jesus, standing up, saw her and said, “Woman, where are your accusers? Did no one condemn you?” She said, “No one, Lord.” Jesus said, “Neither do I condemn you. Go your way. From now on, sin no more.”

Verily, important is: go your way, and sin no more, otherwise you will be condemned for sure.
This means, that you surrender yourself to Yeshua HaMashiach, Isa, Jesus Christ, and look forward. Turn to your salvation, and ask Him forgiveness of all your sins! It is better to burn with joy in heaven, than to burn in hell, full of pain and sadistic practices: a true horror! Break with it! Step out of that world today, before it really causes damage to you. Stop radically, and go to a full evangelical church or pentecostal church. It will change your life completely!

John 3, verse 16 to 21  Here it is written: For God so loved the world, that he gave his only begotten Son, that whoever believes in him should not perish, but have eternal life. For God didn’t send his Son into the world to judge the world, but that the world should be saved through him. He who believes in him is not judged. He who doesn’t believe has been judged already, because he “or she” has not believed in the name of the only begotten Son of God. This is the judgment, that the light has come into the world, and men loved the darkness rather than the light; for their works were evil. For everyone who does evil hates the light, and doesn’t come to the light, lest his works would be exposed. But he who does the truth comes to the light, that his “and her” works may be revealed, that they have been done in God.

And also I may bless you with this heavenly greeting, Ruacha, Yeshu, Shalom! God’s power and strength and blessing, Amen