A message of God: In Rome, they call themselves ‘Saints’! But God is kadosh, holy! and Rome is hypocritical! Rome wants that which is against nature to be seen as normal, because many among the so-called Saints are homosexual themselves! 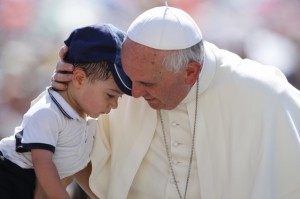 Hello, very welcome! On Monday, October 20th, 2014, an angel of the Lord brought on word for word the following message, on behalf of the God of Abraham, Isaac and Jacob, to end-time Prophet Benjamin Cousijnsen.

Verily, Rome, I am the angel of the Lord, and my name is Michaël.
Verily, I speak to God’s true end-time Prophet, Benjamin Cousijnsen, who writes down everything and passes on everything 100% to the world, in the full truth!

Verily, your salvation and commandments are not God’s commandments!
Verily, from 2011 to 2014, both the child abuse as well as the homosexual intercourse, in Rome itself were rising again! Before the eyes of the world, first many priests were removed from their posts, because of not keeping God’s commandments. Verily, Rome gave away many claim damages to the parents of the abused children, and has protected many priests in secret and just put them back as a priest!

Verily, God, however, does not tolerate sin!
Listen to the message of January 18, 2013, entitled: ‘Revelation of God: Homosexual is possession!’ Verily, pay attention: on July 29, 2013, this was already revealed to you and foretold in the message, entitled: ‘Beware! His charismatic charms will blind you!’ How many tactics they are using!

Verily, who is holy?
Only God!

John 4, verse 24  Read aloud: God is spirit, and those who worship him must worship in spirit and truth.

Verily, the documents on homosexuality were made known to the world on October 17th, 2014, which said:
that persons with homosexual tendencies should be dealt with and treated with respect, sympathy and tact, in order to avoid an incorrect discrimination. Verily, Rome wants that which is against nature to be seen as normal, because many among the so-called ‘Saints’ are homosexual themselves! They call themselves Saints in Rome, but God says clearly in:

Leviticus 18, verse 22  You shall not lie with a man, as with a woman. That is an abomination.
And also Leviticus 19, verse 4  Don’t turn to idols, nor make molten gods for yourselves. I am the Lord your God.

Romans 1, verse 26 to 28  For this reason, God gave them up to vile passions. For their women changed the natural function into that which is against nature. Likewise also the men, leaving the natural function of the woman, burned in their lust toward one another, men doing what is inappropriate with men, and receiving in themselves the due penalty of their error. Even as they refused to have God in their knowledge, God gave them up to a reprobate mind, to do those things which are not fitting.

Verily, a Christian must have respect for all people.

Verily, but God does not tolerate possession, the against natural: the homosexual behavior!
God does love man, but not sin! God does not want man to perish, but be saved, and that one asks for forgiveness and repents. Verily, God is kadosh, holy, and Rome is hypocritical! Their preference would be to take the whole truth out of the Bible, and declare everything natural, because in this lies their advantage.
I’m going now, Ruacha, Yeshu, Shalom! spoke the angel of the Lord, and disappeared.