AUG 17, 2012  THE GOD OF ABRAHAM, ISAAC AND JACOB SPEAKS! LISTEN TO THIS POWERFUL WORD OF GOD BECAUSE EVERY WORD THAT GOD SPEAKS, WILL IMMEDIATLY  OCCUR! GOD SPEAKS I.A. TO DIFFERENT COUNTRIES. 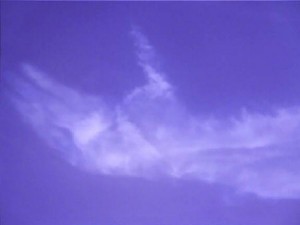 Hello! On the night of August 17th, 2012, Benjamin Cousijnsen received this vision from the Lord God, the God of Abraham, Isaac and Jacob.

I heard: Benjamin, look!
I looked, and I saw a hand coming out of the clouds, and the hand opened…

Then I saw mosquitoes, and many other flying insects, released from the hand of God…
Even grasshoppers, tornadoes and fiery lightning came from His hand towards the earth. And the voice said: Benjamin, I’ve already sent mosquitoes to Texas, and so are more to come.

Benjamin, when you became disabled and were totally paralyzed, and I brought you to Me in 1992 under My protection, the antichrist was already on earth.
He married on your day of the accident, in October. You there, who are listening:

2 Chronicles 16, verse 9  The eyes of the Lord run back and forth throughout the whole earth, to show Himself strong in the behalf of those whose hearts are perfect toward Him.

Benjamin, look!
I looked, and saw that the clouds went apart… I saw sixteen angels. Eight angels kept sword and shield fixed. The other eight angels were each carrying a flag, which hung at half-mast. I saw the flag of Mexico, Spain, Indonesia, Belgium, America, Iran, Netherlands and Germany.

Revelation 2, verse 16  Repent therefore, or else I am coming to you quickly, and I will make war against them with the sword of My mouth.

Looking to the flags, the angel of God named the countries by name, each to its own flag.
Then I saw images… I saw Obama, who was joking. He appointed his name and said, “I come from the planet Krypton, I am your superman!”

James 3, verse 13 to 16  Who is wise and understanding among you? Let him show out of a good conduct that his deeds are done in gentleness of wisdom. But if you have bitter jealousy and selfish ambition in your heart, don’t boast and don’t lie against the truth. This wisdom is not that which comes down from above, but is earthly, unspiritual, devilish.

Obama, I am putting you in the light, nothing stays hidden!
Benjamin, my name is Michaël. Everything you see, has, in the name of Jesus Christ, Yeshua HaMashiach, been coming to you…

After 16 years, God brought you back from heaven into your body,
where you were talking for years with Him, with Yeshua HaMashiach. He healed you completely, with a purpose. He placed you in the very last days, the end times. Your spirit was placed back and you got your feeling back again.
Everything had changed for you: the city, but also the people.

Since your childhood I have you in mind already.
You’re the only true Prophet of God of the tribe of Benjamin. Who is like you?
Nobody, Benjamin. I send you my messenger angel out, and have anointed you, together with the holy Prophets of God in My Kingdom. He who rejects you, rejects Me. He who mocks you, I will punish, I the God of Isaac, Jacob and Abraham. This also counts for you, Aaron, who is on Benjamin’s side. Nobody has to try to stand above you. I’m far beyond the creation.

Keep your eyes on the volcanoes!
Also your fields will not make it!

Nothing can be saved, only in One Way:
Repent, and give your heart to Jesus Christ! Ask for forgiveness of all your sins.
Every word that God pronounces, will take place immediately.

Benjamin, Barack Obama is the winner with the social media, and is coming even more in the picture now.
There is only One that he cannot beat: Jesus Christ!