THE ANGEL OF GOD TELLS, THAT ADULTS AND CHILDREN GET PROGRAMMED BY FAIRY TALES AND MUSIC. THAT’S WHY CHRISTIANS MUST REJECT THIS COMPLETELY. PROPHETIC DISASTERS ARE COMING TO FRANCE AND THE ANGEL TELLS WHY! 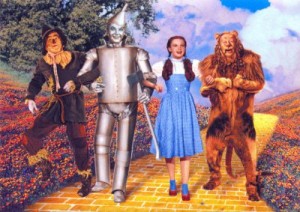 Hello, welcome! This prophetic dream vision was given to Prophet Benjamin Cousijnsen on May 31st, 2012. Benjamin writes,

Benjamin, wake up and follow me, spoke the angel of God.
“I am still half asleep,” I said.

When we arrived there, I saw a castle…
This castle had all little towers illuminated.
Benjamin, look! There is the occult Mickey Mouse. Years ago he got this blue wizard hat and there are also stars on it. Mickey Mouse pronounced for years all kinds of spells.

This wonderland is called occult land by God.
This wonderland is full of witches and other devilish occult practices. Even the fairy tales are full of magic. The witch puts a spell on the apple and the other one receives magic beans, said the angel. The children and the parents do not see that this is wrong. Even many children of God allow themselves to be blinded by the world of the occult. Christians must completely reject these sort of things.
Let your children come to Jesus and do not prevent them, spoke the angel. The devil with his fairy tales is not a fairy tale! He wants to program adults and children.

Deuteronomy 18, verse 10 to 13  Here it is written: There shall not be found with you anyone who makes his son or his daughter to pass through the fire, one who uses divination, one who practices sorcery, or an enchanter, or a sorcerer, or a charmer, or a consulter with a familiar spirit, or a wizard, or a necromancer. For whoever does these things is an abomination to the LORD: and because of these abominations the LORD your God does drive them out from before you. You shall be perfect with the LORD your God.
The messenger angel of God spoke further,

Benjamin, not only this wonderland, but satan’s dark power is busy to take control over every adult person, and children.
I said suddenly, “Then can we leave now?”
Was this not your childhood wish then? said the angel.
“Yes”, I confessed, “but now that you have told me this, the desire is gone,” said Benjamin.
Benjamin, just listen to that music, said the angel. This is music from the music master! He uses this on earth, in order to mislead children, and they are singing it and are speaking out occult curses, and they just talk about divorce and hate. This master is satan. God has rejected him for all eternity, because he’s playing false for God. Let your children be occupied with Jesus Christ, said the angel. As parents, it’s your duty, not to keep silent about the love of Jesus Christ! Together seek the things, that are above and not from hell!
Benjamin, follow me, said the angel, otherwise you will get lost in this occult world.  Suddenly the angel in the sky said: Stop! We stood still and looked back. The angel said, Look back to wonderland!

When I looked back, I saw an explosion over there…
“Is this the work of God?” I asked.
No! said the angel, this is an attack. But this is nothing compared to what God will let come over Paris, said the angel of God. Didn’t I tell you lately, that he who doesn’t want to repent to Jesus Christ, will perish?

Galatian 6, verse 7  Here it is written: Don’t be deceived. God is not mocked, for whatever a man sows, that will he also reap.
The messenger angel of God spoke further,

Benjamin, time is near.
God is love, but God doesn’t allow playing games with Him anymore, because time is over. And the Return of Jesus will be very, very soon. I tell you this, Benjamin, not from myself. These days, before the Coming, every land shall be visited by God himself with His army.
He who doesn’t turn away and but doesn’t listen to Jesus Christ, and turns away from his sinful practices, will notice God’s hand strike! Also in the life of every person, it is time now to choose for Jesus Christ, or hell.
“Wait,” I said, “doesn’t this sound very hard?”
No, said the angel of God, because the world itself is hardened, because they have rejected Jesus Christ so often. Who is then hard, Benjamin?
We are in your street again. Next time, Michaël, God’s angel, who stands above me, will take you along to a planet, about which I don’t tell you anything more yet, spoke the angel. Come, I’ll bring you to your bedroom.
“Where is my body?” I asked.
Wait, don’t lay down yet in your bed, said the angel, I’ll lay you in it. The angel turned me and laid me quietly in bed again.

Benjamin, just to go back to your previous vision meeting, this Antonio still had the Holy Spirit in him.
Also when he committed adultery, the Spirit of God was still in him, you understand? Everything was correct, what you wrote down, but after that, when Regina came over to the Netherlands, she noticed that the Spirit of God had left.
Your wife is allowed to restore writing errors; be a little more thankful, said the angel, they are just letters, Benjamin. From now on you will work well together, because God’s angel is looking over your shoulders. Maybe with this, your cooperation will be better.