Revealing message of God: Yes, you heard it right! Satan’s stronghold focuses on the people, especially the Christians, in order to destroy their faithful walk with God. Hear or read in the message, how they achieve this! 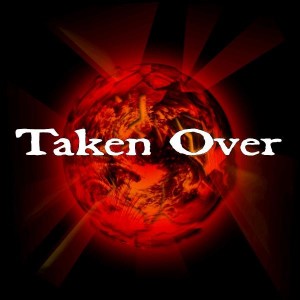 Hello, very welcome! On November 23rd, 2015, an angel of the Lord, a messenger angel of God, brought on word for word the following message to Prophet Benjamin Cousijnsen.

Verily, on January 31, 2012, Prophet Benjamin Cousijnsen was shown a place, where the fallen angels had been locked up, from the time of Enoch.
They were released. Don’t be surprised about what is going on in the world! The bride of satan, the beautiful fallen angel demon, Wakaresaseya, has brought down many! Via chat, dating, Facebook, and among other things, attractive apps, the cunning high knowledge and technology of the fallen angels is being used, in order to destroy God’s children through the media, both with misleading and defiling music, among other things.

Many born again Christians have already been taken over.
Yes, you did hear right! Satan’s stronghold is focusing on the people, and especially on the true Christians, in order to destroy their faithful, pure walk with God!

The demons, the forces and powers of satan, even work through photos, pictures and images, so that you will click.
And so they want to influence you in this way, and take you over! Many have also become victims of their idol, which is called cellphone. The more apps and gigabytes and options, with the best of the best, that work both on the computer and on other devices, the more one is being drawn away by the fallen angels, who want to take them over for sure! Verily,

Verily, keep an eye on your ways!
The bride of satan, Lilith, loves to be your wifi, your connection! Many in this world have been taken over by adopting the manners of the fallen angels: by rings through the nose and navel and labia, and piercings through the lips, and tattoos with dragons and snakes, and brand signs, and red or animal contact lenses. Many are already ready to be cast into hell! And if you do not repent from your idols, and don’t ask Yeshua HaMashiach, Jesus Christ, for forgiveness, then you will also get into hell, 100%. Don’t allow the generation curse!