Prophetic and revealing notification of God to Prophet Benjamin Cousijnsen. The almighty God, the God of Abraham, Isaac and Jacob, showed and allowed Benjamin to hear today many future events which are going to happen in the near future, related to: Shops; Blow inflicted to Belgium; Barack Obama’s ‘concern’ about himself; and need for Obama’s pioneer Pope Francis to hurry, commissioned by Obama! 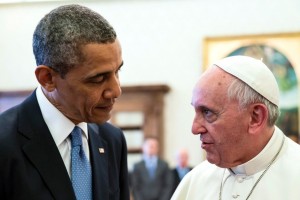 Hello, welcome! On February 6th, 2015, the following report was written down, word for word, by Benjamin Cousijnsen, God’s true end-time Prophet, in the presence of the messenger angel of God, who went along with him.

I come in the almighty, powerful Name above all names, which is very highly exalted and invincible and very holy!
Kadosh, Holy is He alone! And upon hearing this very powerful name, hell trembles and shakes. Even satan falls from his throne on hearing this name: Yeshua HaMashiach, Jesus Christ of Nazareth! Verily, this name is very powerful! And in His name, I say to you: Follow me.
Benjamin writes: I followed the messenger angel of God, and saw that I was instantly dressed in bright and spotless, fine white linen. Together we walked down the stairs, and the messenger angel walked through the door, and I followed him.

Benjamin writes: Suddenly I was pulled up at an angle like a magnet.
I saw many planets and stars. Together we flew through a tube-like tunnel, and I saw lights, and bluish and grayish misty clouds. I remembered that earlier I had gone through this wormhole. I saw giant images in front of me, like in a movie cinema, and heard what was said…

I saw Pope Francis talk with Barack Obama.
The pope said: “I’m going around, in order to devour the souls and to seize power, and will achieve that which no pope has ever achieved, to pave the way for you!”
Barack Obama replied back: “Make haste, because I’m in a hurry. Many people recognize me, who I really am! It would be better that I switch into another body”.
I also saw shops with slogans, with signs and texts on for example the windows, on which was written: ‘Empty’ and ‘End of Days’, ‘Bankrupt’ and ‘War Clearance’, ‘It’s war!’, ‘Government, thanks!’ and so forth. I saw a plane crashing and saw the name: Bangladesh. Nearby were square buildings of stone, and the damage was huge! Suddenly, I was in the airspace in the universe, which was quiet.

Psalm 18, verse 36  You have enlarged my steps under me, my feet have not slipped.

The messenger angel Pedajasso said: Benjamin, look over there!
I looked and saw that the Elohím spaceship firmly connected itself as a kind of puzzle and became whole, and then connected itself to the sky. It was very impressive!

The Lord revealed to me the following…
The Lord showed me that Belgium was inflicted with a blow. I saw smoke and people screaming and yelling. I saw injured people and a burned car, and saw the windows of the houses had exploded. I asked the messenger angel: “Can they not stop this?”
Yes indeed, replied the messenger angel of God, if they now pray en masse, and beg the Lord Yeshua HaMashiach, Jesus Christ, for mercy. But this too, they will not do!
The messenger angel of God brought me back at the front door, and said:

I heard the messenger angel say yet, Ruacha, Yeshu, Shalom!
And Benjamin stepped through the front door to go inside.

Note: Full text display for the deaf, hearing impaired and speakers of other languages Use Google Translate and Bookmark it.
Dear people, spread these messages!
Translators in different languages are welcome