THE ANGEL OF THE LORD, THUNDER, IN THE FUNCTION OF A MESSENGER ANGEL, BRINGS THIS REVEALING MESSAGE: THE WARNING PROPHECY IS BEING RAPIDLY FULFILLED FOR MANY COUNTRIES. HEAR OR READ WHICH ONES HAVE ALREADY BEEN FULFILLED! 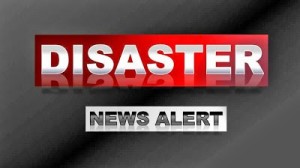 Hello, welcome! On September 25th, 2013, the messenger angel of God brought on this revealing message to end-time Prophet Benjamin Cousijnsen.

Shalom, Prophet Benjamin Cousijnsen! I greet you in the almighty name of Yeshua HaMashiach, Jesus Christ.

On September 17, 2013, I, Thunder, the messenger angel of God, warned you,
commissioned by the almighty God of Abraham, Isaac and Jacob. Don’t think that your country receives postponement again and again, nor by God’s true end-time Prophet Benjamin Cousijnsen!

Listen carefully!
I came on September 17, 2013, and see how I, Thunder, blew God’s breath on Mexico, and how God opened the windows upon Mexico after September 17, 2013, after I warned you through Benjamin Cousijnsen, God’s true end-time Prophet. Face it, what I brought you, unbeliever!

I visited Colorado…
and caused floodings and many devastations to homes, whereby many houses have been totally destroyed.
Also I, Thunder, visited China in the South. And I also visited the Philippines, but restrained myself there, because of the prayer of Benjamin Cousijnsen toward his workers.

Verily, if I strike, nobody wants to admit that this comes from the Almighty.
And once again satan closes your eyes and whispers, “forces of nature”. But they say this in order to deny the truth, even though Prophet Benjamin Cousijnsen had revealed to you that it was written on the parchment in the tube, that on September 17, 2013, that China, the Philippines, Mexico, Afghanistan, Japan, New Zealand, England and India, and many other countries, were going to be punished, including Africa. One does not get the truth across their lips! Verily,

Read aloud: Exodus 12, verses 22 and 23  Here it is written: You shall take a bunch of hyssop, and dip it in the blood that is in the basin, and strike the lintel and the two side-posts with the blood that is in the basin; and none of you shall go out of the door of his house until the morning. For the LORD will pass through to strike the Egyptians; and when he sees the blood on the lintel, and on the two side-posts, the LORD will pass over the door, and will not allow the destroyer to come in to your houses to strike you.
The messenger angel of God spoke further,

Verily, verily, I, Thunder, tell you in the almighty name of Yeshua HaMashiach, Jesus Christ:
Rescue yourself and your neighbor!

John 14, verse 6  Read this aloud. Here it is written: Jesus said to him, “I am the way, the truth, and the life. No one comes to the Father, except through me”.
The messenger angel of God spoke further,

And besides, these apparitions of her are a projected image of satan himself!
She is a fallen angel, who also claims that the crown and the power have been handed over. Verily, she appears to thousands simultaneously and is a fallen angel!

Read once again John 14, verse 6  Jesus said to him, “I am the way, the truth, and the life. No one comes to the Father, except through me”.
The messenger angel of God spoke further,

Thus it is written and not otherwise!

John 3, verse 16  Here it is written: For God so loved the world, that he gave his only begotten Son, that whosoever believes in him should not perish, but have everlasting life.
The messenger angel of God spoke further,

Verily, repent today!
Yeshua HaMashiach, Isa, Jesus Christ, wants to protect you, and that is only possible if you enter into a relationship with Him, and are covered under His precious Blood by asking forgiveness from your sins, and if you have yourself baptized as an adult and as a child of God. Verily, he who does not want to hear will perish. Choose this day whom you want to serve, also your country! Make the choice today for Yeshua HaMashiach, Isa, Jesus Christ, and the punishment will be lifted!

Read aloud: John 12, verses 37 to 41  Here it is written: But though he had done so many signs before them, yet they didn’t believe in him, that the word of Isaiah the Prophet might be fulfilled, which he spoke, “Lord, who has believed our report? To whom has the arm of the Lord been revealed?” For this cause they couldn’t believe, for Isaiah said again, “He has blinded their eyes and he hardened their heart, Lest they should see with their eyes, And perceive with their heart, And would turn, And I would heal them.” Isaiah said these things when he saw his glory, and spoke of him.
The messenger angel of God spoke further,

Verily, unexpectedly, I, Thunder, will strike, unbeliever!
See, what is now again coming soon, including thunder and lightning bolts and storms. You have been warned! My name is Thunderrrrr!
I’m going now, spoke the messenger angel of God, Ruacha, Yeshu, Shalom!

Outside the message, during brunch, the Lord shared the following with Benjamin and me…
and spoke directly through Benjamin, and indicated, that I was allowed to share this with you. The Lord spoke the following directly to us:

A UFO, called ‘Scorpion’, projected Fatima – as often happens – from this ship, which was hidden behind the clouds.
Thunder was allowed to send a tornado, commissioned by the Lord. Because of the strong wind, the UFO was blown away, and the projected image of Fatima in the air moved, rocking to the side, allowing people to see through, that something was rotten. This is one of the ways in which the evil one projects false images and misleads people, so that they see so-called saints in the sky. Wake up, because everything is true, what the Lord passes on! You will discover, by studying God’s word – in addition to the prophecies which are very precious at this time, because all the words are from the Lord – that everything is true.