A message of God: Esther was chosen by the living God, and was very brave! Faith works wonders, and the Jewish people were saved by her faith! 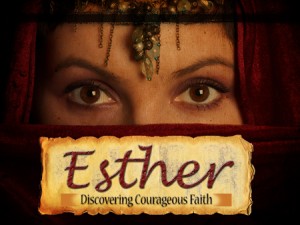 Hello, very welcome! On February 17th, 2015, a messenger angel of God brought on the following message, commissioned by the almighty God, the God of Abraham, Isaac and Jacob, to Prophet Benjamin Cousijnsen.

Shalom! I greet you in the wonderful name of Yeshua HaMashiach, Jesus Christ. Verily, I am the messenger angel of God. My name is Beachim.

Esther 4, verse 16  “Go, gather together all the Jews who are present in Shushan, and fast for me, and neither eat nor drink three days, night or day. I and my maidens will also fast the same way. Then I will go in to the king, which is against the law; and if I perish, I perish.”

Verily, Esther allowed herself to be used by the God of Abraham, Isaac and Jacob!

Psalm 118, verse 5 and 6  Out of my distress, I called on Yah. Yah answered me with freedom. The LORD is on my side. I will not be afraid. What can man do to me?
And verse 8  It is better to take refuge in the LORD, than to put confidence in man.

Verily, Esther was chosen by the living God, and was very brave.
Faith does wonders. And by her faith, the Jewish people were saved!

Psalm 20, verse 3 to 5  Remember all your offerings, and accept your burnt sacrifice. May He grant you your heart’s desire, and fulfill all your counsel. We will triumph in your salvation. In the name of our God, we will set up our banners. May the LORD grant all your requests.

Verily, they wanted to exterminate the Jews.
And therefore Esther started to fast and called the Jews, in order to fast along.

Esther 5, verse 2 and 3  When the king saw Esther the queen standing in the court, she obtained favor in his sight; and the king held out to Esther the golden scepter that was in his hand. So Esther came near, and touched the top of the scepter. Then the king asked her, “What would you like, queen Esther? What is your request? It shall be given you even to the half of the kingdom”.
Esther 7, verse 3 to 6  Then Esther the queen answered, “If I have found favor in your sight, O king, and if it please the king, let my life be given me at my petition, and my people at my request. For we are sold, I and my people, to be destroyed, to be slain, and to perish. But if we had been sold for bondservants and bondmaids, I would have held my peace, although the adversary could not have compensated for the king’s loss.” Then King Ahasuerus said to Esther the queen, “Who is he, and where is he who dared presume in his heart to do so?” Esther said, “An adversary and an enemy, even this wicked Haman!” Then Haman was afraid before the king and the queen”.

Verily, Haman, the Jew-hater, was impaled on a pole, and the Jewish people were saved!
Verily, one still remembers this day: the liberation of God’s people, feast of Purim. Verily, some commemorate the Jewish Biblical events of that time, in their Jewish church, nearly conformed to the Carnival! Verily, thus speaks your Rabbouni:

Romans 12, verse 2  And don’t be conformed to this world, but be transformed by the renewing of your mind, so that you may prove what is the good, well-pleasing, and perfect will of God.

Esther saved the people; now save yourself!