Revealing message of God: Hear, how the news reports are being manipulated via the media, and how the airline of the crashed plane A320 does everything, in order to be able to hand over the blame! 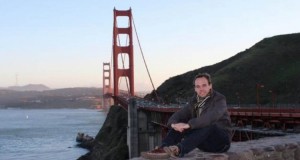 Hello, welcome! On March 27th, 2015, a messenger angel of God brought on, word for word, the following revealing message of God to end-time Prophet Benjamin Cousijnsen.

Verily, on March 25, 2015, I, Rafaël, the messenger angel of God, brought you the full truth, what the true reason was of the crashed plane A320.
Before you continue listening to this message, the sequel part 2, I refer you also to go to this first message, entitled: ‘The true reason of the crashed airplane A320 revealed!’ Verily, as you know, the A320 was still previously repaired, due to a serious technical failure. Also, I told you already, that the airline does not want a bad name, and that they manipulate the news reports through the media.

Verily, they do not speak about the failure negligence, and they rather pass down the blame to the co-pilot.
Verily, the banging on the door was because a fire broke out, due to the failure! Both the captain as well as the co-pilot have touched the buttons, in order to make contact. But one was not able to send a distress signal, a Mayday, because of the failure in the A320! Verily, the airline directly started to check on the background of the aircraft pilots, whether one could prove anything, in order to be able to hand over the blame as an airline! An airplane pilot never will become a pilot and be admitted, if one is in a physical mental condition. There are strict rules for that! Verily, because they had to have a perpetrator, they chose for it to blame a pilot, the co-pilot, and they say that he had committed suicide. With this, they close with the lie, and I, Rafaël, the messenger angel of God, with the full truth!

Hebrews 4, verse 13  There is no creature that is hidden from his sight, but all things are naked and laid open before the eyes of him with whom we have to do.