DEC 30, 2012  A MESSAGE OF GOD: DO YOU RECOGNIZE YOURSELF IN THIS MESSAGE? THE LORD CALLS YOU, IN ORDER TO STILL GIVE YOURSELF UP AND SERVE YOUR PENALTY HERE ON EARTH. YET THERE IS FORGIVENESS AND MERCY, EVEN FOR YOU, JUST LISTEN! 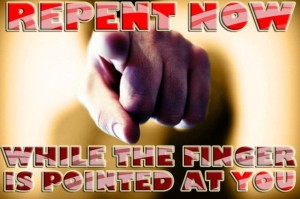 December 30, 2012 – Shalom! I greet you in the name of Yeshua HaMashiach, Jesus Christ.

You there, unbeliever, listen carefully…
I am a messenger angel of God, Cherea. I was sent to the Prophet, Benjamin Cousijnsen.

2 Samuel 13, verse 1 to 5  Listen to this story about Amnon and Tamar: Absalom the son of David had a beautiful sister, whose name was Tamar; and Amnon the son of David loved her. Amnon was so vexed that he fell sick because of his sister Tamar; for she was a virgin; and it seemed hard to Amnon to do anything to her. But Amnon had a friend, whose name was Jonadab, the son of Shimeah, David’s brother; and Jonadab was a very subtle man. He said to him, Why, son of the king, are you thus lean from day to day? Won’t you tell me? Amnon said to him, I love Tamar, my brother Absalom’s sister. Jonadab said to him, Lay you down on your bed, and feign yourself sick: and when your father comes to see you, tell him, Please let my sister Tamar come and give me bread to eat, and dress the food in my sight, that I may see it, and eat it from her hand.
2 Samuel 13, verse 10 to 15  Amnon said to Tamar, Bring the food into the chamber, that I may eat from your hand. Tamar took the cakes which she had made, and brought them into the chamber to Amnon her brother. When she had brought them near to him to eat, he took hold of her, and said to her, Come, lie with me, my sister. She answered him, No, my brother, do not force me; for no such thing ought to be done in Israel. Don’t you do this folly. I, where shall I carry my shame? and as for you, you will be as one of the fools in Israel. Now therefore, please speak to the king; for he will not withhold me from you.  However he would not listen to her voice; but being stronger than she, he forced her, and lay with her. Then Amnon hated her with exceeding great hatred; for the hatred with which he hated her was greater than the love with which he had loved her. Amnon said to her, Arise, be gone.
2 Samuel 13, verse 19  Tamar put ashes on her head, and tore her garment of various colors that was on her; and she laid her hand on her head, and went her way, crying aloud as she went.

Verily, verily, I tell you,

You there, cursed are you, what you are doing to another!
An agreement or imprisonment is not an option for the God of Isaac, Jacob and Abraham! You shall come to stand before God with your deed!

Matthew 25, verse 41  Then he will say also to those on the left hand, Depart from me, you cursed, into the eternal fire which is prepared for the devil and his angels.

There you shall be!

Matthew 19, verse 14 and 15  But Jesus said, “Allow the little children, and don’t forbid them to come to me; for to such belongs the Kingdom of Heaven.” He laid his hands on them, and departed from there.

Verily, be aware of what you’ve done to that child!
Be aware that you are guilty and cursed, and that you will perish for ever.
Verily, Jesus Christ, Yeshua HaMashiach, tells you: You must repent now! And He wants to give you a new life, not hell!
Ask Him for forgiveness from your heart and invite Him in, in order to allow Him to work in your heart and life.

Buy a Bible, and read further on to verse 21.

Also, I tell you, you remain cursed, if you do not report and give yourself up to the police, because you must undergo and bear your punishment.
Also, your only salvation is, that you do what I have spoken unto you.

How it ended with the rapist of Tamar?
Amnon was slain!
I’m going now, Prophet Benjamin Cousijnsen.
He who does not want to hear, will perish! Thus speaks the Lord Jesus Christ, Yeshua HaMashiach.
I bless you in His name: Ruacha, Yeshu, Shalom!