AUGUST 20, 2012  A MESSAGE OF GOD: ALWAYS LOOK OUT, AND THINK CAREFULLY, FOR ALL THOUGHTS ARE KNOWN TO ME! THE LORD REVEALS, THAT ALL KNOWLEDGE, UNDERSTANDING, WISDOM AND ALL THOUGHTS COME FROM HIM! 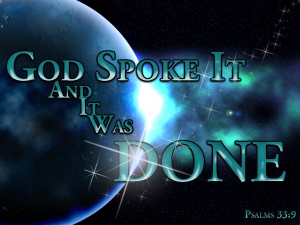 Hello! In the afternoon of August 20th, 2012, the messenger angel of God brought on this message to Prophet Benjamin Cousijnsen.

Shalom, Benjamin, Ruacha, Yeshu! My name is Walinco; I am an angel of God. I greet you in the almighty name of Yeshua HaMashiach, Jesus Christ. Listen, Prophet of God, what I have to say to you!

Benjamin, before there was anything, God was already there…
He is the only Unique, who was in all eternity. In the beginning there was God. Your understanding is limited to physical, nobody can do that. But He reveals that all knowledge, understanding, and all wisdom and thoughts come from Him. The almighty God reaches far beyond anything, even the angels and all that God created!

Benjamin, in the beginning God was alone.
He changed that, He had a great plan.
Listen, you can achieve things with your mouth, or encourage… or destroy!

Your words have power!
God is so much more powerful and mightier. Everything is arising by what God speaks, and it arises by His word. Thus the angels are created also, Benjamin.

Do you remember, back when you were on your way to your job?
Along the way, you start to pray for a moment, and said: “This bridge should actually be white, because this is my prayer bridge”. You thought this in your mind…
When you have been sent to work elsewhere, you came back after a week on that bridge. You didn’t notice anything, until the Lord called you back… “Benjamin, look…” Then you saw, that the bridge was made snow-white! Later, you thought: “I wished I had thought of something else”.

Then the Lord spoke: “Let this be a lesson. Always look out and think, because all thoughts are known to Me”.

Benjamin, God created many, many angels…
Three were superior angels. They were mightier, more beautiful, more important, more authoritative and more powerful than all the other angels: Michaël, Gabriël and Lucifer. Think just of a Dutch matchbox with the stick that burns just like that.

Lucifer saw how powerful God was, and was so jealous!
Also he was not happy with the plans of God… he wasn’t happy anymore. He became proud and vain, and chose to believe, that God’s way was not the best. Lucifer forged plans, and even then he wanted to destroy the earth already! Lucifer was denied the heaven.

What are your thoughts?
He, God, hears you! Also try not to believe as satan, Lucifer, and do not be jealous of God. More powerful, and more beautiful, more important, etcetera…  God remains to rise above all that anyway. The almighty God of Isaac, Jacob and Abraham rules, along with His Son Yeshua HaMashiach, Jesus Christ, to all eternity.

Now come to Him, to Jesus Christ, who wants to give you eternal life.
And confess your sins, for He is calling you! I am the only Way, the Truth and the Life. On behalf of the Lord I passed this on. I’m going now, Benjamin.
Ruacha, Yeshu, Shalom! spoke the messenger angel of God, and disappeared.