This is a warning message of God: Many warriors should especially now resist the adversary, the sly devil, who wants to stop your work, and wants to weaken your faith. Verily, do not listen to the evil! 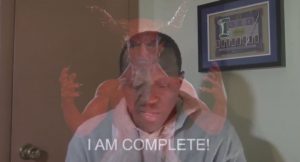 Hello, welcome! On January 7th, 2017, the messenger angel of God brought on, word for word, this warning message to end-time Prophet Benjamin Cousijnsen.

Verily, many warriors should especially now resist the adversary, the sly devil, who wants to stop your work, and wants to weaken your faith.
Verily, don’t allow yourself to be influenced! Darren Jackson tries, by establishing contact, to pull you away from the truth. Prophet Benjamin Cousijnsen warns you that satan knows that his time is almost over. You are living in the end of days! And even your brother or sister doesn’t have to be a real brother or sister, because satan too can masquerade as an angel of light.

James 4, verse 11 and 12  Don’t speak against one another, brothers, “but also sisters“. He who speaks against a brother “or sister” and judges his brother “or sister“, speaks against the law and judges the law. But if you judge the law, you are not a doer of the law, but a judge. Only one is the lawgiver, who is able to save and to destroy. But who are you to judge another?
James 4, verse 7  Be subject therefore to God. But resist the devil, and he will flee from you.

Verily, thus there are many Christians who speak to you as an angel of light, and want to seduce you!
“But that was a brother or sister who served the Lord, right?” some will say. But you forget that you have to fight against the principalities and powers and crafty temptations from satan, who also makes use of the weaker ones. Don’t allow yourself to be poisoned, so that you cooperate in the evil of satan!

Colossians 2, verse 10  And in him you are made full, who is the head of all principality and power.
Verse 15  having stripped the principalities and the powers, he made a show of them openly, triumphing over them in it.
Verse 20  If you died with Christ from the elements of the world, why, as though living in the world, do you subject yourselves to ordinances?

2 Corinthians 10, verse 3 to 5  For though we walk in the flesh, we don’t wage war according to the flesh; for the weapons of our warfare are not of the flesh, but mighty before God to the throwing down of strongholds, throwing down imaginations and every high thing that is exalted against the knowledge of God, and bringing every thought into captivity to the obedience of Christ.

Verily, warriors!
Don’t listen and look at your brother, who goes around and has been taken over, and wants to pull you away from God’s true end-time Prophet, one of the Two Witnesses. Verily, don’t listen to the evil!

Proverbs 18, verse 10  The name of the LORD is a strong tower: the righteous run to him, and are safe.

Romans 16, verse 20  And the God of peace will quickly crush satan under your feet. The grace of our Lord Jesus Christ be with you.

Verily, evil speakers will never see Heaven and stay there, but will be cast into hell!

2 Corinthians 11, verse 13 to 15  For such men are false apostles, deceitful workers, masquerading as Christ’s apostles. And no wonder, for even satan masquerades as an angel of light. It is no great thing therefore if his servants also masquerade as servants of righteousness, whose end will be according to their works.

Verily, I am the messenger angel of God, and my name is Michaëla.

Verily, warriors, fight and be steadfast!
And support God’s beloved end-time Prophet, who continues to accomplish his task, as a warrior of God, and is more than a conqueror, in the power of Yeshua HaMashiach, YHWH, Jesus Christ. He that is in him is greater than he that is in the world! His love for Yeshua HaMashiach, YHWH, Jesus Christ, crushes everything, even the darkness and evil speakers. Amen!
I’m going now, spoke the messenger angel of God, Ruacha, Yeshu, Shalom!