Revealing message of God, including: Verily, who appointed the three members of the Muslim Brotherhood, Brotherhood Illuminati? Verily, and who does nothing about the persecution of Christians? Because he is the beast, he also sets countries against Israel! 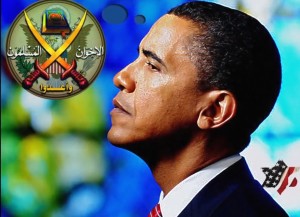 Hello, welcome! On July 27th, 2015, this revealing message of God was delivered by an angel of the Lord to end-time Prophet of the last days, Benjamin Cousijnsen, commissioned by the almighty God, the God of Abraham, Isaac and Jacob.

Shalom! I greet you in the wonderful name of Yeshua HaMashiach, Jesus Christ. Verily, my name is Siloam and I am a messenger angel of God.

Verily, in Hebrew Barack Obama means in code name: beast, lightning, satan.
Who had modern gallows transported to FEMA camps, and who had the car with the name ‘beast’? And who goes in against God’s commandments and rises up against the natural? Verily, who has appointed three members of the Muslim Brotherhood, Brotherhood Illuminati, in the White House? Verily, and who does nothing about the persecution of Christians?

Because he is the beast, he also sets the countries against Israel.
The antichrist also releases criminals again regularly, and also helps Christian-hostile governments, in order to clear out Christians! Verily, who wants to provide the elderly people worldwide with a chip, so that one is able to remotely end the life of the elderly via a satellite, who have too much medical costs and are too expensive?
This is already happening in secret, commissioned by Obama! Many churches keep silent about it, that one also has been chipped. Otherwise they have to close the church, as well as schools.

Verily, the antichrist is satisfied and certainly does not make Iran restrict or stop the nuclear program!
Verily, Obama hopes that one does not exclude to take action against Israel. Many crazy ideas are being thought up behind closed doors each time, along with the Muslim Brotherhood: Brotherhood Illuminati! The Islamic communities work together with other Muslim brotherhoods, in order to unite themselves more and to act against Israel that way. And Obama also has contact with some leaders!

Verily, some will discover the full truth that all traces point to one man:
Barack Obama, lightning, the beast, that wants to throw Israel into the lake of fire!
I’m going now, Ruacha, Yeshu, Shalom! spoke the messenger angel of God, and disappeared.