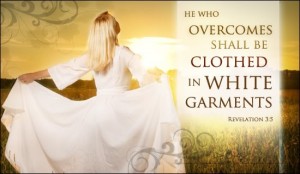 Hello, welcome! On January 23rd, 2013, Prophet Benjamin Cousijnsen wrote, that he went, as usual, to the small writing room, because he heard the floodgates of heaven open, and heard a wind, that became stronger and stronger, indicating that a messenger angel of God was on his way again.

Arriving in the room, Benjamin writes, he saw nobody; he only heard the voice saying:

Revelation 22, verse 6  And he said to me, “These words are trustworthy and true. And the Lord, the God of the spirits of the Prophets, has sent his angel to show his servants what must soon take place.”

Then the messenger angel of God made himself visible, and said, Shalom!
I greet you in the almighty name of the King of kings, who conquered death, and who is coming very soon: Yeshua HaMashiach, Jesus Christ!

Revelation 12, verse 11  And they overcame him, “satan,” added the messenger angel of God, because of the Lamb’s blood, and because of the word of their testimony. They didn’t love their life, even to death.
Revelation 7, verse 9 to 12  After these things I looked, and behold, a great multitude, which no man could number, out of every nation and of all tribes, peoples, and languages, standing before the throne and before the Lamb, dressed in white robes, with palm branches in their hands. They cried with a loud voice, saying, “Salvation be to our God, who sits on the throne, and to the Lamb!” All the angels were standing around the throne, the elders, and the four beasts; and they fell on their faces before his throne, and worshiped God, saying, “Amen! Blessing, glory, wisdom, thanksgiving, honor, power, and might, be to our God forever and ever! Amen.”
Revelation 3, verse 21  He who overcomes “satan,” added the messenger angel of God, I will give to him to sit down with me on my throne, as I also overcame, and sat down with my Father on his throne.
Revelation 2, verse 25  Nevertheless, hold that which you have “in Christ,” added the messenger angel of God, firmly until I come.

Psalm 11, verse 4 and 5 and 7  The LORD is in his holy temple. The LORD is on his throne in heaven. His eyes observe. His eyes examine the children of men. The LORD examines the righteous, But the wicked and him who loves violence his soul hates. For the LORD is righteous.
He loves righteousness. The upright shall see his face.
Psalm 14, verse 1  The fool has said in his heart, “There is no God.”

Psalm 18, verse 30 to 32  Read this aloud. Here it is written: As for God, his way is perfect. The word of the LORD is tried. He is a shield to all those who take refuge in him. For who is God, except the LORD? Who is a rock, besides our God, The God who arms me with strength, and makes my way perfect?
The messenger angel of God spoke further,

1 John 5, verse 10 to 12  He who believes in the Son of God has the testimony in himself. He who doesn’t believe God has made him a liar, because he has not believed in the testimony that God has given concerning his Son, “Yeshua HaMashiach, Jesus Christ,” added the messenger angel of God. The testimony is this, that God gave to us eternal life, and this life is in his Son. He who has the Son has the life. He who doesn’t have God’s Son doesn’t have the life.
John 3, verse 16  For God so loved the world, that he gave his only begotten Son, that whosoever believes in him should not perish, but have everlasting life.

My name is Paschiera, the messenger angel of God.

Choose this day whom you want to serve!
Is it satan or Yeshua HaMashiach, Jesus Christ?
Where your heart is, you will be: heaven or hell!
I’m going now, Ruacha, Yeshu, Shalom!