The Lord showed Benjamin a pastor, with much outward show in his church. Every word and every image and all the Scriptures have been given by God during this vision. The time is very near, get yourself ready! 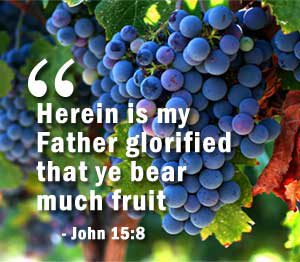 Benjamin… I heard calling my name. Immediately I wanted to awake my wife with my hands, but those went right through her.
Benjamin, said the angel, as an angel of God appears, he comes for the one for whom he is intended. It is so lovingly, but her time is coming yet. Come, follow me.

We walked down the stairs, and when I went right through the front door, I was suddenly in a church with a lot of people…
They prayed while they were standing and with their head held high.
“How beautiful,” I said.
Benjamin, look, do you see him? The angel pointed to a man, named Haman. He said, Haman does fast twice a week, sometimes three times. But when you pray, this should be from your heart. Some sincere words are already enough. This Haman has still to learn to be humble before God; he doesn’t fast from his heart.

Sincere love and repentance, and humility, is valuable in God’s eyes, more than outward show!
I saw this Haman went to the front, and prayed with the people. ‘Wow’, I thought, ‘he speaks like an angel, looks like’.
He is the shepherd of this church, said the angel.
I also saw that Haman spoke and prayed for the people. “Incredible,” I said, “what I see!”
The angel showed me what Haman did… He did many miracles and he prophesied! But then I became disappointed, because the angel said: Outward show, Benjamin!

Many men of God will say – also this Haman – when they stand before the King of kings: “I have spoken about Jesus Christ!”
I, I, I! said the angel. Furthermore, King Jesus will say, I have not known you, I never want to know you, I don’t know you. The angel gave this text:

Matthew 7, verse 22 and 23  Many will tell me in that day, ‘Lord, Lord, didn’t we prophesy in your name, in your name cast out demons, and in your name do many mighty works?’ Then I will tell them, ‘I never knew you. Depart from me, you who work iniquity.’

Haman and many others, Benjamin, have often judged about their brothers and sisters, because they have power.
But have not I, says the LORD – Matthew 7 – not often spoken to your conscience?

Matthew 7  tells us, said the angel: Don’t judge, so that you won’t be judged. For with whatever judgment you judge, you will be judged; and with whatever measure you measure, it will be measured to you. Why do you see the speck that is in your brother’s eye, but don’t consider the beam that is in your own eye?  Or how will you tell your brother, ‘Let me remove the speck from your eye;’ and behold, the beam is in your own eye? You hypocrite! First remove the beam out of your own eye, and then you can see clearly to remove the speck out of your brother’s eye. Don’t give that which is holy to the dogs, neither throw your pearls before the pigs, lest perhaps they trample them under their feet, and turn and tear you to pieces.
Ask, and it will be given you. Seek, and you will find. Knock, and it will be opened for you. For everyone who asks receives. He who seeks finds. To him who knocks it will be opened. Or who is there among you, who, if his son asks him for bread, will give him a stone? Or if he asks for a fish, who will give him a serpent? If you then, being evil, know how to give good gifts to your children, how much more will your Father who is in heaven give good things to those who ask him! Therefore whatever you desire for men to do to you, you shall also do to them; for this is the law and the Prophets.
Enter in by the narrow gate; for wide is the gate and broad is the way that leads to destruction, and many are those who enter in by it. How narrow is the gate, and restricted is the way that leads to life! Few are those who find it.
Beware of false prophets, who come to you in sheep’s clothing, but inwardly are ravening wolves. By their fruits you will know them. Do you gather grapes from thorns, or figs from thistles? Even so, every good tree produces good fruit; but the corrupt tree produces evil fruit. A good tree can’t produce evil fruit, neither can a corrupt tree produce good fruit. Every tree that doesn’t grow good fruit is cut down, and thrown into the fire. Therefore, by their fruits you will know them. Not everyone who says to me, ‘Lord, Lord,’ will enter into the Kingdom of Heaven; but he who does the will of my Father who is in heaven. Many will tell me in that day, ‘Lord, Lord, didn’t we prophesy in your name, in your name cast out demons, and in your name do many mighty works?’ Then I will tell them, ‘I never knew you. Depart from me, you who work iniquity.’
Everyone therefore who hears these words of mine, and does them, I will liken him to a wise man, who built his house on a rock. The rain came down, the floods came, and the winds blew, and beat on that house; and it didn’t fall, for it was founded on the rock. Everyone who hears these words of mine, and doesn’t do them will be like a foolish man, who built his house on the sand. The rain came down, the floods came, and the winds blew, and beat on that house; and it fell — and great was its fall.
It happened, when Jesus had finished saying these things, that the multitudes were astonished at his teaching, for he taught them with authority, and not like the scribes.

Have I not often spoken to your conscience?
Benjamin, he who relies on his own heart, is really a fool in God’s eyes. But I also have good news, said the angel. He who walks in wisdom will escape God’s punishment. God also does not want deceivers,

Psalm 101, verse 6 to 8  My eyes will be on the faithful of the land, That they may dwell with me. He who walks in a perfect way, He will serve me. He who practices deceit won’t dwell within my house. He who speaks falsehood won’t be established before my eyes. Morning by morning, I will destroy all the wicked of the land; To cut off all the workers of iniquity from the city of the LORD.
The angel of God spoke further,

You know, Benjamin, God also does not want deceivers.
Come, said the angel… We walked outside, and the Lord said: I’ve been waiting so long, and still, Benjamin, the fruits are not good. I’ve had enough, said Jesus. I’ll chop it down, if this tree will not quickly turn into sincerity, honesty, being loving, and humility, a listening ear… which is a treasure of value, full value!
In a second we were back in my bedroom.

The angel also said: Benjamin, God is patient, He always gives people a chance to live, like it’s due to God.
There are children who have left their figs. God wants each one to make use of those fruits. God gave those fruits.
Ponder this very well, what you’ve heard. This I had to say: Remember these words very well, what you’ve heard!
Then he also said, Benjamin, you must also say: Wipe off your dust and be sincere!
Benjamin, sleep well, rest well now, because the day is approaching. Also say: He is coming very soon, and He will come very soon for those who love Him, for they will see Him. Say this again: He who does not want to hear, will perish.
I heard little bells and singing, and then I heard: “Glory to God in the highest.” A heavenly choir I heard, and it became softer and softer… and it fell away in the silence of the night.