Verily, don’t allow yourself to be cut down, but be a useful link to His honor and glory. (After clicking the video, wait for a moment until it plays.) 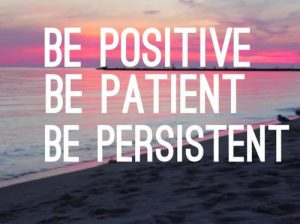 Shalom! I greet you in the almighty name of Yeshua HaMashiach, JHWH, Jesus Christ. Verily, my name is Blesía and I am a messenger angel of God.

Verily, the God of Abraham, Isaac and Jacob can impossibly turn something that is negative into something positive!
You should not forget that so many women were a link for God’s plan. Esther, the Queen, could be a link, thus protecting the Jewish people from total eradication! Many, like Esther and Ruth, and many women, were used as a link in God’s plan.

What link are you?
And what can you mean for God’s plan? Or are you a weak link, or a fixed link that is rusted in God’s way and plan?

Verily, figuratively, Ruth is a sign of God’s infinite mercy in many respects.
Yeshua HaMashiach, JHWH, Jesus Christ, wants to encourage you to trust and to be a good link in your house and surroundings, to the glory of His name!

Matthew 12, verse 33  Either make the tree good, and its fruit good, or make the tree corrupt, and its fruit corrupt; for the tree is known by its fruit.
And verses 35 and 36  The good man out of his good treasure brings out good things, and the evil man out of his evil treasure brings out evil things. I tell you that every idle word that men speak, they will give account of it in the day of judgment.

And Luke 13, verse 8  He answered, Lord, leave it alone this year also, until I dig around it, and fertilize it.

Verily, don’t allow yourself to be cut down, but be a useful link to His honor and glory!

Galatians 5, verse 22 and 23  But the fruit of the Spirit is love, joy, peace, patience, kindness, goodness, faith, gentleness, and self-control.