GOD’S PROPHECY FULFILLED: CHINA, YOU WERE WARNED, BUT YOU ARE JUST LISTENING TO YOUR IMAGES THAT SAY NOTHING! BENJAMIN COUSIJNSEN, PROPHET OF GOD, HAS EVERYTHING ALREADY FORETOLD! SPOKE THE MESSENGER ANGEL OF GOD. 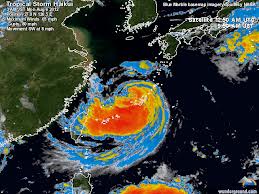 Hello! On Thursday, August 9th, 2012, in the early morning, in the night, Benjamin has been taken in the spirit by a messenger angel of God.

I am a messenger angel of God. Benjamin, wake up! Shalom Benjamin, my name is Josia. I’ll take you. Benjamin, I greet you in Jesus Christ’s name. Follow me. I stood up and the messenger angel walked with me down the stairs, and we walked right through the front door, which was locked.

Benjamin, Thunder has made a whirlwind, and floods and heavy rainfall.
Thunder has ensured of a third typhoon; pass this on. It is called the typhoon ‘Haitang’, but it is applied by the restrained messenger angel Thunder, who was allowed in the name of the God of Isaac, Jacob and Abraham, to bring damage so far.

“Why is China punished?” I asked.
Benjamin, God warns all countries and also refers to:

Exodus 20, verse 3 to 6. “What is described there then?” I asked. Listen, said the angel of God… “You shall have no other gods before me. You shall not make for yourselves an idol, nor any image of anything that is in the heavens above,…These include all your graven images…, or that is in the earth beneath, or that is in the water under the earth: you shall not bow yourself down to them, nor serve them, for I, the LORD your God, am a jealous God, visiting the iniquity of the fathers on the children, on the third and on the fourth generation of those who hate me.”
Thus speaks the only almighty God of Isaac and Jacob and Abraham to you. These are the commandments of God!

The next visit, the fourth typhoon, will be even more powerful, China, if you don’t repent.
Benjamin, the messenger angel Rafaël is at Drempt, at the Gelderse Achter-Drempt, at a pig farm… There is fire. The Lord will bless the owner: you have a heart for animals. Do you have also a heart for Jesus Christ?

China, you were warned, but you are just listening only to your images, which say nothing.
Benjamin Cousijnsen, God’s Prophet, has everything already foretold. If you don’t listen, the consequences for your country can’t be overlooked. This is also intended for all countries.

God’s angels are coming into action. Repent!
Focus on Jesus Christ, obey God’s commandments. He who does not want to hear, will perish. Benjamin, I bring you back…
Then we flew back again. And the messenger angel said: O woe, if the world does not repent and break with the sin! Even the volcanoes will be shaken. Lightning strikes, large hailstones, typhoons, powerful rainstorms, landslides, animal pests, diseases, extreme heat and much more is on the wishlist of God.
Choose today whom you want to serve! Is it the devil or Jesus Christ? The messenger angel will take from now on strong action against the countries. Thunder has permission! Benjamin, there is your home…
Then the messenger angel brought me to my bedroom. And before he left, the messenger angel Josia said: She looks like an angel, your wife. We laugh at her, as she speaks as vigorously as we do. The Lord rejoices over you all, and will bless you too, and touch your lips. You there, Benjamin, I’m going now, and sleep well. Post this message quickly.
Shalom! said the messenger angel of God, and disappeared.

Note: Full text display for the deaf, hearing impaired and speakers of other language
Use Google Translate and Bookmark it.
Dear people, spread these messages! Translators in different languages are welcome