PROPHETIC MESSAGE, RECEIVED BY BENJAMIN COUSIJNSEN. IT IS REVEALED NOW. WITH JOY THE MESSENGER ANGEL SAYS, THAT THE RAPTURE IS NOW KNOWN IN HEAVEN. TAKE THIS IMPORTANT MESSAGE SERIOUSLY!

Published on Aug 7, 2012 by eindtijdspace 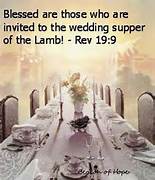 Hello! My name is Benjamin. As I slept, I received the following message from the messenger angel of God in my dream, on August 4, 2012.

Shalom, Benjamin! I greet you in the name of Yeshua HaMashiach. My name is Effron. Benjamin, you are seeing me in your dream. When you are awake, write down everything that I, the messenger angel of God, have told you.

1 Peter 5, verse 8  Be sober and vigilant! Your adversary, the devil, “Obama”, walks about as a roaring lion, seeking whom he may devour.

Matthew 2, verse 2  Where is King of the Jews, who is born? For we have seen His star in the East, and we have come to worship Him.

Weren’t these the Wise men out of the East, Benjamin?

It is revealed now, now to Yeshua HaMashiach and the angels of God.
God the Father told this. And the heavenly Kingdom shouted, and now they are already celebrating. But satan roars; Obama has used his powers.

Revelation 2, verse 10  Fear none of those things which you shall suffer: behold, the devil, Obama, shall cast some of you into prison that you may be tried; and you shall have tribulation ten days: be you faithful unto death, and I will give you the crown of life.

Benjamin, did you want to say something?
Then I said to the messenger angel of God: “Yet one may add nothing to the Scriptures, in Revelation?”
Correct! said the angel of God. Benjamin, but God may, because He is the Publisher. Listen carefully…

With joy I am able to tell you: Get yourselves ready for Rosh Hashanah!
The rapture is known! Repent immediately now and give your life to Yeshua HaMashiach. Otherwise you could, remaining behind, suffer really badly. It is choosing: Heaven or hell!
The United States have contacted and collaborate with several countries, but one is broadening their reach now.

Revelation 12, verse 12  Therefore rejoice, O heavens and you that dwell in them. Woe to the earth and the sea! For the devil, “Obama”, has come down to you, having great wrath, because he knows that he has but a short time.

The camps have been expanded with sadistic tools.
Also for many camps in secret, they use old fields…, “for military exercises,” they say. This is not true. But, one uses the areas even too as camps. Also in Europe one is busy with the setting up of FEMA camps. Everywhere orders are being accepted globally from Obama, the antichrist.

Revelation 13, verse 6 and 7  And the beast opened his mouth in blasphemy against God, to blaspheme His name, and His tabernacle, and them that dwell in heaven. And it was given to him to make war with the saints, and to overcome them: and the power was given him over every tribe, and nation, and language, and people.

They are now training, and also with heavy helicopters, to get people used to it.
Benjamin, that is why you and many others heard lots of loud noises, among others in Brabant.
Obama, my eyes have seen you!

Revelation 20, verse 4  And I saw thrones, and they sat upon them, and judgment was committed to them. Then I saw the souls of those who had been beheaded. So far, Benjamin.

You there, the time is at hand!
Yeshua HaMashiach calls you for so long and yet you are getting deeper and deeper into the pit. Come to Him, who wants to save you, while you still can. The only thing to do is to surrender yourself to Him, who loves you. Make your choice today, then He will save you!

I am going now, Benjamin, and close with: He who will not listen, will perish. Keep this in your head! He who does want to hear: Get yourselves ready for Rosh Hashanah! Shalom