JESUS CHRIST, THE SON OF GOD, HAS ALL POWER TO BRING LIFE BACK FROM THE DEAD, WHEREVER! LISTEN TO THIS MESSAGE OF GOD; ONLY WITH AN OPEN HEART YOU WILL UNDERSTAND, WHAT GOD WANTS TO SAY TO YOU TODAY! 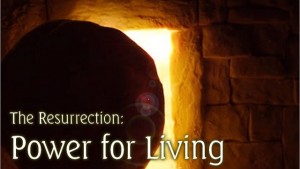 Hello! In the early morning at 5 am, on August 21st, 2012, the messenger angel of God brought on this message to Benjamin Cousijnsen.

Benjamin, Shalom! I greet you there as we greet: Ruacha, Yeshu! I am Gabriël and I am sent to you, God’s Prophet, in the name of Jesus Christ, Yeshua HaMashiach, the Christ.

Luke 7, verse 14 to 16  Listen… And He came and touched the bier. And the ones who bore him stood still. And He said, Young man, I say to you, Arise! And the one who was dead sat up and began to speak. And He delivered him to his mother.

Benjamin, Yeshua made a decision and chose to give back life.

Mark 5, verse 38 to 43  And He came to the synagogue ruler’s and saw a tumult, and weeping and much wailing. And going in He said to them, Why do you make a tumult and weep? The girl is not dead, but sleeps. And they laughed at Him. But when He had put them all out, He took the father and the mother of the child, and those with Him, and went in where the child was lying. And He took the child’s hand and said to her, Talitha koumi; which is, being interpreted: Little girl, I say to you, Arise! And instantly the little girl arose and walked for she was twelve years old. And they were astonished with a great astonishment.

Psalm 49, verse 16  But God will redeem my soul from the hand of the grave.

John 11, verse 38 and 39  Then Jesus, groaning in Himself again, came to the tomb. And it was a cave, and a stone lay upon it.
John 11, verse 41 to 44  Then they took away the stone. And Jesus lifted up His eyes and said, Father, I thank You that You have heard Me. And I know that You hear Me always, but because of the people who stand by I said it, so that they may believe that You have sent Me… Benjamin, this is so amazing… And saying these things, He cried with a loud voice, Lazarus, Here! Outside! And he who had died came out, bound hand and foot with sheets, and his face was bound with a cloth. Jesus said to them, Untie him and let him go!

You there, my name is Gabriël. Thus Yeshua HaMashiach, Jesus Christ, has done yet many more wonders and signs, which have not been written down.
He also died, and bore the sins of the world, so that you would be saved. Also, He rose from the dead.

I reveal to you: with the Resurrection the dead will rise!
But if I tell you: Thus Yeshua HaMashiach, Jesus Christ, has also raised many dead people – from God’s Kingdom – and called those who died to God’s Kingdom.

Luke 23, verse 42 and 43  And he said to Jesus, Lord, remember me when You come into Your kingdom. And Jesus said to him, Truly I say to you, Today you shall be with Me in Paradise.

You there, is this shaking you awake now?

John 11, verse 25 to 27  Jesus said to her, I am the Resurrection and the Life! He who believes in Me, though he die, yet he shall live. And whoever lives and believes in Me shall never die.

Do you believe this?

Isaiah 40, verse 31  But those who wait on the Lord shall renew their strength; they shall mount up with wings as eagles; they shall run, and not be weary; they shall walk and not faint.

You there, Yeshua HaMashiach, Jesus Christ, the Son of God has all power to give life back to a dead person, wherever!

Genesis 5, verse 24  And Enoch walked with God, and then he was not, for God took him.

2 Kings 2, verse 1  And it happened when the Lord was to take Elijah up into Heaven by a whirlwind… So far.

Jesus Christ goes far beyond your understanding!
Think about this message, that I, as a messenger angel, have spoken to my beloved Prophet of God. And I will conclude, Benjamin Cousijnsen, together with all the angels of God: Your work will come through everything and end up everywhere! God will provide for everything!
I’m going now, Ruacha, Yeshu, He is the Almighty! Shalom!