THIS MESSAGE OF GOD HAS BEEN BROUGHT ON BY AN ANGEL OF GOD TO PROPHET BENJAMIN COUSIJNSEN. GOD IS A GOD OF DETAILS, AND HAS MADE EVERYTHING IN LOVE AND AS IT IS INTENDED! 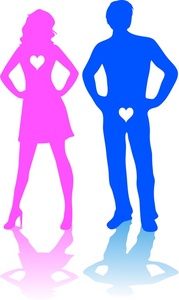 Hello, very welcome! On May 22nd, 2014, the following message of God was brought on, word for word, by a messenger angel of God, the God of Abraham, Isaac and Jacob, to Benjamin Cousijnsen, God’s true and simple end-time Prophet of the last days.

Genesis 1, verse 27  So God created man in his own image. In God’s image he created him; male and female he created them.

Genesis 2, verse 25  And they were both naked, the man and his wife, and were not ashamed.
Genesis 3, verse 9  And the LORD God called to the man, and said to him, “Where are you?”

Verily, and of what fruit have you eaten?
With what are you poisoned?

Genesis 2, verse 17  But of the tree of the knowledge of good and evil, you shall not eat of it: for in the day that you eat of it you will surely die.

Verily, God made the light and the firmament and the stars.
And under the firmament: the waters and the trees and the beautiful flowers, and the animals, and gave them every green herb for food. He is a God of details and has made everything in love and as it is intended. So God created man, as He intended it, and as it is also now written in the Bible! This is also how it is intended for today.

Genesis 3, verse 6  Here it is written: When the woman saw that the tree was good for food, and that it was a delight to the eyes, and that the tree was to be desired to make one wise, she took of the fruit of it, and ate; and she gave some to her husband with her, and he ate.

Verily, I am the messenger angel of God, and my name is Lovesadai. Listen further!

Genesis 3, verse 8  They heard the voice of the LORD God walking in the garden in the cool of the day, and the man and his wife hid themselves from the presence of the LORD God among the trees of the garden.
And verse 12 and 13  And the man said, “The woman whom you gave to be with me, she gave me of the tree, and I ate.” And the LORD God said to the woman, “What is this you have done?” The woman said, “The serpent deceived me, and I ate.”
And verse 24  So he drove out the man; and he placed Cherubs at the east of the garden of Eden, and the flame of a sword which turned every way, to guard the way to the tree of life.

Verily, God makes no mistakes.
But man himself chose for it to choose for evil, and to go in against God and to choose for that which is against natural. Also the feelings have got poisoned that way. Verily, now why would God have taken a rib from one flesh?

Genesis 2, verse 23 and 24  And the man said, “This is now bone of my bones, and flesh of my flesh. She will be called Woman, because she was taken out of Man.” Therefore a man will leave his father and his mother, and will join with his wife, and they will be one flesh.

This is the answer: man and woman shall be one flesh.
And so there came no man’s rib from Adam, in order to make another Adam from it! Verily,

Romans 1, verse 21  There it is written: Because, knowing God, they didn’t glorify him as God, neither gave thanks, but became vain in their reasoning, and their senseless heart was darkened.
And verse 25 to 28  Who exchanged the truth of God for a lie, and worshiped and served the creature rather than the Creator, who is blessed forever. Amen. For this reason, God gave them up to vile passions. For their women changed the natural function into that which is against nature. Likewise also the men, leaving the natural function of the woman, burned in their lust toward one another, men doing what is inappropriate with men, and receiving in themselves the due penalty of their error. Even as they refused to have God in their knowledge, God gave them up to a reprobate mind, to do those things which are not fitting.

Verily, there is one Way Out, in order to get rid of the poison of that which is against nature.
And that is to ask God for forgiveness, and keep in mind how God has really meant and made you. He wants you to be saved. Repent, don’t grieve God!

John 3, verse 16 to 18  There it is written: For God so loved the world, that he gave his only begotten Son, that whoever believes in him should not perish, but have eternal life. For God didn’t send his Son into the world to judge the world, but that the world should be saved through him. He who believes in him is not judged. He who doesn’t believe has been judged already, because he has not believed in the name of the only begotten Son of God.

And also I say to you this heavenly greeting, by which they greet and bless each other in heaven: Ruacha, Yeshu, Shalom! God bless