PROPHETIC REVELATION OF GOD, BROUGHT ON WORD FOR WORD TO PROPHET BENJAMIN COUSIJNSEN: THE LORD, THE GOD OF ABRAHAM, ISAAC AND JACOB, REMINDS YOU OF THE REVELATIONS AND DISASTERS PASSED ON TO HIS PROPHET. 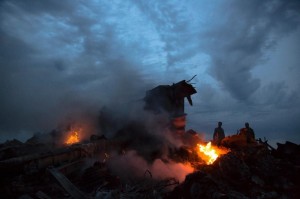 Hello, welcome! On July 19th, 2014, an angel of God, a messenger angel of God, brought on word for word the following warning and revealing message to end-time Prophet Benjamin Cousijnsen, in the name of Jesus Christ, Yeshua HaMashiach.

Shalom! Ruacha, Yeshu, Shalom! I greet you in the wonderful name of Yeshua HaMashiach, Jesus Christ.

Read aloud: Matthew 3, verse 1 to 3  There it is written: In those days, John the Baptizer came, preaching in the wilderness of Judea, saying, “Repent, for the Kingdom of Heaven is at hand!” For this is he who was spoken of by Isaiah the Prophet, saying, “The voice of one crying in the wilderness, Make ready the way of the Lord, Make his paths straight”.

Verily, the catastrophic consequences of disobedience, and not being willing to listen to the God of Israel, the God of Abraham, Isaac and Jacob, are leading to death!
Verily,

Read: Matthew 24, verse 22  Here it is written: Unless those days had been shortened, no flesh would have been saved. But for the sake of the chosen ones, those days will be shortened.

Verily, AIDS is not to be combated with medication solutions.
But one combats it with repentance and surrender to Yeshua HaMashiach, Jesus Christ!

Verily, the God of Israel, the God of Abraham, Isaac and Jacob, says to you: Homosexuality and that which is against nature are possession!
Listen to the message of January 18, 2013, entitled ‘Revelation of God: Homosexual is possession!’
Verily, my name is Revelado and I am a messenger angel of God.

Verily, but a senseless man doesn’t know it: the disasters in the world.
And a fool does not understand it. And when will you be wise?
Many mourn for their families in a disaster. Verily, but Yeshua HaMashiach, Jesus Christ, mourns for longer, much longer!, for the many stubborn souls!

Read aloud: Psalm 101, verse 6 to 8  Here it is written: My eyes will be on the faithful of the land, That they may dwell with me. He who walks in a perfect way, He will serve me. He who practices deceit won’t dwell within my house. He who speaks falsehood won’t be established before my eyes. Morning by morning, I will destroy all the wicked of the land; To cut off all the workers of iniquity from the city of the LORD.

Verily, God does not want deceivers!
He is kadosh, holy, and tolerates no sin! On July 25, 2013, Spain was warned. And also in 2014 says God’s angel, Thunder: If you have no respect for God, you should not be surprised, if also your plane and your bus, or car and country can be struck! Without Yeshua HaMashiach, Jesus Christ, you are vulnerable. Break with it, with your ways. Repent! He who does not want to hear, will perish. Go enter into a relationship with the Truth!

Read aloud: John 3, verse 16 to 21  For God so loved the world, that he gave his one and only Son, that whoever believes in him should not perish, but have eternal life. For God didn’t send his Son into the world to judge the world, but that the world should be saved through him. He who believes in him is not judged. He who doesn’t believe has been judged already, because he has not believed in the name of the one and only Son of God. This is the judgment, that the light has come into the world, and men loved the darkness rather than the light; for their works were evil. For everyone who does evil hates the light, and doesn’t come to the light, lest his works would be exposed. But he who does the truth comes to the light, that his works may be revealed, that they have been done in God.