DEC 24, 2012  A MESSAGE OF GOD FOR CHINA AND THE CHINESE POPULATION: CHINA, THE ONLY TRUE GOD OF HEAVEN AND EARTH SPEAKS TO YOU AND WARNS YOU OVER AGAIN, THE GOD OF ABRAHAM, ISAAC AND JACOB. LISTEN NOW! 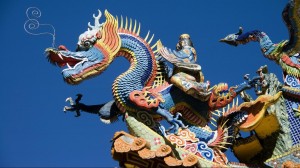 Hello! On December 24th, 2012, the messenger angel of God brought on this message to Benjamin Cousijnsen.

Shalom, Benjamin Cousijnsen! I greet you in the name of Yeshua HaMashiach, Jesus Christ. My name is Zabdiehu. I rejoice greatly to meet you, whom one speaks much about.

Verily, are you Chinese? Listen once to this message! Thus speaks the Lord.
For whoever finds Me, finds life, and shall obtain favour of the LORD. But he who sins against me wrongs his own soul. All those who hate me, “Jesus Christ, Yeshua HaMashiach,” love death.

Verily, do you not know then, who he is, which has brought you a curse, but not a blessing?

Revelation 12, verse 7 to 9  And there was war in heaven: Michaël and his angels fought against the dragon; and the dragon fought and his angels, And he, “your dragon“, prevailed not; neither was their place found any more in heaven. And the great dragon was cast out, that old serpent, called the devil, and satan, which deceives the whole world: he was cast out into the earth, and his angels were cast out with him.

Benjamin Cousijnsen, so many Chinese have never had a better living…
They had dirty jobs and more than 30 million Chinese workers were often exposed to life-threatening substances and other toxic substances. The Northern city, Taiyuan, is being choked by garbage, with heavy metals and chemicals, etcetera.

Psalm 74, verse 13  You divided the sea by your strength. You broke the heads of the dragons in the waters.

Many Chinese died quickly, because they were catching Silicosis from the Galvanizing Company in Jiangxi Province.
Verily, you worship the devil, and this also explains that Yeshua HaMashiach, Jesus Christ, cannot bless you, because of your idolatries! The God of Isaac, Jacob and Abraham wanted to save you and liberate you already for so long from the curse of the dragon!

John 3, verse 16  For God so loved the world, “also China“, that he gave his only begotten Son, that whosoever believes in him should not perish, but have everlasting life.

The Lord has spoken more often to you through Benjamin, but you did not listen.
Therefore, as long as you do not turn away and break with all your dragons and other idols, I can but only punish you, because of your satan idolatry! Verily, thus speaks the Lord.

John 3, verse 17 and 18  For God didn’t send his Son into the world to judge the world, but that the world should be saved through him. He who believes in him is not judged. He who doesn’t believe has been judged already, because he has not believed in the name of the only begotten Son of God.

Verily, Repent! And ask for forgiveness and invite Jesus Christ, Yeshua HaMashiach, to come and live into your heart.
He is the only Way and the Truth and the Life toward everlasting life, and turns your curse into a blessing!
Buy a Bible or ask elsewhere, and study His Words for yourself.

I’m going now, and bless you, like one blesses one another with the Almighty, and say this in reverence, so that you may be blessed: Ruacha, Yeshu, Shalom!