DO YOU BELONG TO ONE OR MORE OF THESE GROUPS? FORNICATORS, IDOLATERS, ADULTERERS, MALE PROSTITUTES, HOMOSEXUALS, THIEVES, COVETOUS, DRUNKARDS, SLANDERERS, EXTORTIONERS? THEN THIS MESSAGE IS FOR YOU! 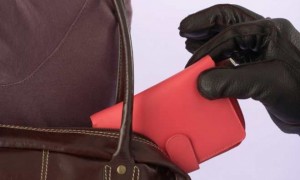 Hello, welcome! On April 5th, 2013, the messenger angel of God brought on the following message to Benjamin Cousijnsen.

Shalom! My name is Rafaël and I greet you in the name of Yeshua HaMashiach, Jesus Christ.

Verily, verily, I tell you, Do not steal!

Job 24, verse 14 to 17  The murderer rises with the light. He kills the poor and needy. In the night he is like a thief. The eye also of the adulterer waits for the twilight, Saying, ‘No eye shall see me.’ He disguises his face. In the dark they dig through houses. They shut themselves up in the daytime. They don’t know the light. For the morning is to all of them like thick darkness, For they know the terrors of the thick darkness.

Proverbs 29, verse 24  Whoever is an accomplice of a thief is an enemy of his own soul. He takes an oath, but dares not testify.

Read aloud: Joel 2, verse 9, Matthew 6, verse 19 to 24, John 10, verse 1 to 2, John 10, verse 8 and verse 10 and 11, and 1 Corinthians 5, verse 9 to 13, and Revelation 3, verse 3, 1 Corinthians 6, verse 9 to 11, Exodus 22, verse 2, Mark 4, verse 14 and 15  I’ll start with
Joel 2, verse 9  They rush on the city. They run on the wall. They climb up into the houses. They enter in at the windows like thieves.
Matthew 6, verse 19 to 24  Here it is written: Don’t lay up treasures for yourselves on the earth, where moth and rust consume, and where thieves break through and steal; but lay up for yourselves treasures in heaven, where neither moth nor rust consume, and where thieves don’t break through and steal; for where your treasure is, there your heart will be also. The lamp of the body is the eye. If therefore your eye is sound, your whole body will be full of light. But if your eye is evil, your whole body will be full of darkness. If therefore the light that is in you is darkness, how great is the darkness! No one can serve two masters, for either he will hate the one and love the other; or else he will be devoted to one and despise the other. You can’t serve both God and Mammon.
John 10, verse 1 to 2  Most assuredly, I tell you, one who doesn’t enter by the door into the sheep fold, but climbs up some other way, the same is a thief and a robber. But one who enters in by the door is the shepherd of the sheep.
And verse 8, 10 and 11  All who came before me are thieves and robbers, but the sheep didn’t listen to them. The thief only comes to steal, kill, and destroy. I came that they may have life, and may have it abundantly. I am the good shepherd. The good shepherd lays down his life for the sheep.
1 Corinthians 5, verse 9 to 13  Here it is written: I wrote to you in my letter to have no company with fornicators; yet not at all meaning with the fornicators of this world, or with the covetous and extortioners, or with idolaters; for then you would have to leave the world. But as it is, I wrote to you not to associate with anyone who is called a brother who is a fornicator, or covetous, or an idolater, or a slanderer, or a drunkard, or an extortioner. Don’t even eat with such a person. For what have I to do with also judging those who are outside? Don’t you judge those who are within? But those who are outside, God judges. “Put away the wicked man from among yourselves.”
Revelation 3, verse 3  Here it is written: Remember therefore how you have received and heard. Keep it, and repent. If therefore you won’t watch, I will come as a thief, and you won’t know what hour I will come upon you.
1 Corinthians 6, verse 9 to 11  Here it is written: Or don’t you know that the unrighteous will not inherit the Kingdom of God? Don’t be deceived. Neither the sexually immoral, nor idolaters, nor adulterers, nor male prostitutes, nor homosexuals, nor thieves, nor covetous, nor drunkards, nor slanderers, nor extortioners, will inherit the Kingdom of God. Such were some of you, but you were washed. But you were sanctified. But you were justified in the name of the Lord Jesus, and in the Spirit of our God.
Exodus 22, verse 2  Here it is written: If the thief is found breaking in, and is struck so that he dies, there shall be no guilt of bloodshed for him.
Mark 4, verse 14 and 15  Here it is written: The sower sows the word. These are the ones by the road, where the word is sown; and when they have heard, immediately satan comes, and takes away the word which has been sown in them.
The messenger angel of God spoke further,

1 Timothy 5, verse 15  For already some have turned aside after satan.
1 Timothy 6, verse 7  For we brought nothing into the world, and we certainly can’t carry anything out.

Read aloud: Matthew 4, verse 7 to 11, and John 3, verse 16 to 21
Matthew 4, verse 7 to 11  Here it is written: Jesus said to him, “Again, it is written, ‘You shall not test the Lord, your God.’” Again, the devil took him to an exceedingly high mountain, and showed him all the kingdoms of the world, and their glory. He said to him, “I will give you all of these things, if you will fall down and worship me.” Then Jesus said to him, “Get behind me, satan! For it is written, ‘You shall worship the Lord your God, and him only shall you serve.’”  Then the devil left him, and behold, angels came and ministered to him.
John 3, verse 16 to 21  Here it is written: For God so loved the world, that he gave his only begotten Son, that whoever believes in him should not perish, but have eternal life. For God didn’t send his Son into the world to judge the world, but that the world should be saved through him. He who believes in him is not judged. He who doesn’t believe has been judged already, because he has not believed in the name of the only begotten Son of God. This is the judgment, that the light has come into the world, and men loved the darkness rather than the light; for their works were evil. For everyone who does evil hates the light, and doesn’t come to the light, lest his works would be exposed. But he who does the truth comes to the light, that his works may be revealed, that they have been done in God… So far.