PROPHETIC MESSAGE OF GOD ABOUT THE SNATCHING AWAY, ALSO CALLED ‘THE RAPTURE’. THIS MESSAGE HAS BEEN PASSED ON 100% PURE, WORD FOR WORD, TO PROPHET BENJAMIN COUSIJNSEN BY MICHAËL. GET READY! 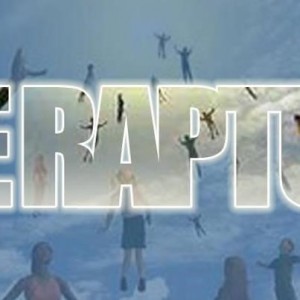 Hello, welcome! On April 19th, 2013, the messenger angel of God brought on this important prophetic message of God to Benjamin Cousijnsen.

Shalom, beloved Prophet Benjamin Cousijnsen! I greet you in the name of Yeshua HaMashiach, Jesus Christ. Verily, verily, I tell you, I am the messenger angel Michaël, and was truly sent forth to God’s beloved Prophet.

We angels of God would remind you,
that at the moment you notice that your loved one, – who did let Yeshua HaMashiach, Jesus Christ, in is gone, – while you thought your loved one and all those Christians were insane – you will beat your breast. Verily, unexpectedly all ‘those lunatics’ are being snatched away. And do you really think that you were right, or were those Christians, who have accepted Yeshua HaMashiach, Jesus Christ, not so insane after all?

How about this?
It was revealed to Benjamin Cousijnsen on December 6, 2012, that at the moment when Yeshua HaMashiach, Jesus Christ, will trumpet first, then thereby the trumpets are set in by the angels, who will make the sound complete. This sound is so penetrating, that all Christians will feel the vibration of the sound, even in their spirit!

The whole sky will be full of lightning bolts!
A strong magnetic power of God will snatch away the Christians. This will be beyond understanding! Even animals and people with a disability, and even the innocent babies will also be taken away from this wicked world.

You, who were speaking about your insane loved one, and said: “All those Christians are crazy!”, you will reconsider immediately.
For this, what is coming then, will be worse than any war that has ever been. Fireballs will come down, which will strike everywhere, on the roofs and streets. Explosions will be everywhere, and even toxic substances will be released. Helicopters and airplanes out of control, anything that flies without a driver, will crash. You, who have rejected Yeshua HaMashiach, Jesus Christ, will curse His birth! Many will commit suicide, because they will realize that they have always been proved wrong. They will cry heartbreakingly to Yeshua HaMashiach, Jesus Christ. There will then be one of the biggest famines!

The visitors from space will fool the people, that the Christians, the haters, have been destroyed by them.
Verily, the Christian hatred is already now increasing fast, worldwide! Benjamin also saw a blood red moon, which was bleeding, which was very damaged and was showing holes, where bright light came through.

Verily, the moment that the Christians are gone, they will land with UFOs!
Consider the following for yourself: Is it not insane, that you do not repent and be saved?

Read aloud: John 3, verse 17  Here it is written: For God didn’t send his Son into the world to judge the world, but that the world should be saved through him.
The messenger angel of God spoke further,

The choice is yours!
In the days of the snatching away, an offer will be made to you one more time, but you will have a very tough time. Also, I tell you, A baby baptism is only a blessing, but you are also not saved with that. You must be born again and undergo an adult baptism, and have remorse from your sins. This is God’s rescue plan for you, your only way out and salvation!

Read aloud: John 3, verse 16 and verse 18  Here it is written: For God so loved the world, that he gave his only begotten Son, that whosoever believes in him should not perish, but have everlasting life. He that believes on him is not condemned: but he that believes not is condemned already, because he has not believed in the name of the only begotten Son of God.
The messenger angel of God spoke further,