REVEALING MESSAGE OF GOD: HEAR, WHY CERTAIN VIRUSES ARE NOW SPREADING WORLDWIDE! THIS WAS REVEALED TO PROPHET BENJAMIN COUSIJNSEN! AND AMSTERDAM: THE PROTECTION AND GRACE PERIOD ARE OVER NOW! 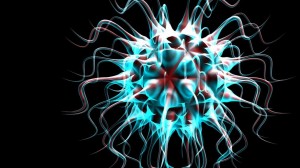 Hello, very welcome! On April 3rd, 2014, a messenger angel of the almighty God, the God of Abraham, Isaac and Jacob, brought on the following revealing and warning message of God to Benjamin Cousijnsen, end-time Prophet of the last days.

Isaiah 24, verse 1  Behold, the LORD makes the earth empty, makes it waste, turns it upside down, and scatters its inhabitants.

Proverbs 29, verse 1  He who is often rebuked and stiffens his neck will be destroyed suddenly, with no remedy.

Verily, in 2012, Prophet Benjamin Cousijnsen warned Amsterdam about an unknown virus, which would appear among you.
Many went into prayer, and God postponed it yet and was gracious to you. But also for you counts: the protection and grace period is now over. Verily, hear attentively!

Many diseases are among a lot of Japanese; the government denies.
Verily, the natural has been replaced by that which is against natural, worldwide! One goes in against God’s Biblical laws, and one is being taken over by the kingdom of darkness. And many have now already ended up in hell with their soul, because they wouldn’t choose for Yeshua HaMashiach, Jesus Christ, anyway.

Many people eat animals, such as bats, spiders, rats, dogs, cats, worms, snakes, and even people!
One eats everything, until one is infected with a virus, which one spreads.
One also rapes animals in many countries, such as horses, dogs, llamas, etc.!
Verily, my name is Revelado and I am a messenger angel of God.
One also likes to watch horror, and celebrates Halloween. And one even lights little candles in a deceased person, and commemorates it. Verily, one pulls hell towards oneself, and then wonders, “Why did I get infected?”
Verily, even the Black Death is now already on the earth, which is kept quiet.
Verily, repent, and open your eyes and don’t be blind!

Read aloud: Proverbs 28, verse 28  Here it is written: When the wicked rise, men hide themselves; But when they perish, the righteous thrive.

John 1, verse 12  Here it is written: But as many as received him, to them he gave the right to become God’s children, to those who believe in his name.
John 3, verse 16 and 17  Here it is written: For God so loved the world, that he gave his only begotten Son, that whosoever believes in him should not perish, but have everlasting life. For God didn’t send his Son into the world to judge the world, but that the world should be saved through him.
The messenger angel of God spoke further,

Verily, stop this virus, by breaking with your sins!
And ask Yeshua HaMashiach, Isa, Jesus Christ, for forgiveness. And don’t eat hellish but natural, and pull the eternal life and the protection of God towards you, before it is too late for you also. See what’s coming!