A MESSAGE OF GOD, BROUGHT BY GABRIËL ON BEHALF OF THE ALMIGHTY GOD: THE HEAD ANGELS OF GOD ARE BEING APPOINTED, AS THESE ARE DESCRIBED EXACTLY IN THE BOOK OF ENOCH, WHICH IS AN IMPORTANT SOURCE OF INFORMATION! 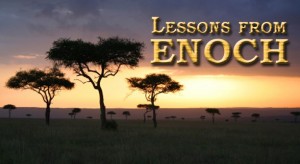 Hello, very welcome! On August 5th, 2013, the angel of the Lord brought on this revealing message of the almighty God, to end-time Prophet Benjamin Cousijnsen.

Shalom! I greet you in the almighty name of Yeshua HaMashiach, Jesus Christ. Verily, verily, I tell you, My name is Gabriël and I am an angel of the Most High.

Verily, thus there are many more angels of God, who have been appointed.

1 Enoch 21, verses 1 to 10  And I proceeded to where things were chaotic. And I saw there something horrible: “Enoch tells:” I saw neither a heaven above nor a firmly founded earth, but a place chaotic and horrible. And there I saw seven stars of the heaven bound together in it, like great mountains and burning with fire. Then I said: ‘For what sin are they bound, and on what account have they been cast in hither?’ Then said Uriël, one of the holy angels, who was with me, and was chief over them, and said: ‘Enoch, why do you ask, and why are you eager for the truth? These are of the number of the stars of heaven, which have transgressed the commandment of the Lord, and are bound here till ten thousand years, the time entailed by their sins, are consummated.’ And from thence I went to another place, which was still more horrible than the former, and I saw a horrible thing: a great fire there which burnt and blazed, and the place was cleft as far as the abyss, being full of great descending columns of fire: neither its extent or magnitude could I see, nor could I conjecture. Then I said: ‘How fearful is the place and how terrible to look upon!’ Then Uriël answered me, one of the holy angels who was with me, and said unto me: ‘Enoch, why have you such fear and affright?’ And I answered: ‘Because of this fearful place, and because of the spectacle of the pain.’ And he said unto me: ‘This place is the prison of the angels, and here they will be imprisoned forever’.

Verily, Prophet Benjamin Cousijnsen was once taken to the place, the mountain of granite.
There, four caves were located. It was revealed to Benjamin that these fallen angels are now free. Furthermore, these caves have also been created and were intended for the spirits of the souls of the dead, until the day of judgment. Verily, some, however, end up straight into hell, into the most horrible place! Prophet Benjamin was once allowed to do a report about hell.

John 14, verses 4 to 6  Here it is written: “Where I go, you know, and you know the way.” Thomas says to him, “Lord, we don’t know where you are going. How can we know the way?” Jesus said to him, “I am the way, the truth, and the life. No one comes to the Father, except through me”.
John 3, verses 16 to 21  Here it is written: For God so loved the world, that he gave his only begotten Son, that whoever believes in him should not perish, but have eternal life. For God didn’t send his Son into the world to judge the world, but that the world should be saved through him. He who believes in him is not judged. He who doesn’t believe has been judged already, because he has not believed in the name of the only begotten Son of God. This is the judgment, that the light has come into the world, and men loved the darkness rather than the light; for their works were evil. For everyone who does evil hates the light, and doesn’t come to the light, lest his works would be exposed. But he who does the truth comes to the light, that his works may be revealed, that they have been done in God.
And verse 36  One who believes in the Son has eternal life, but one who disobeys the Son won’t see life, but the wrath of God remains on him.
The angel of the Lord spoke further,

He who does not want to hear will perish.
I’m going now, spoke the messenger angel of God, Ruacha, Yeshu, Shalom!